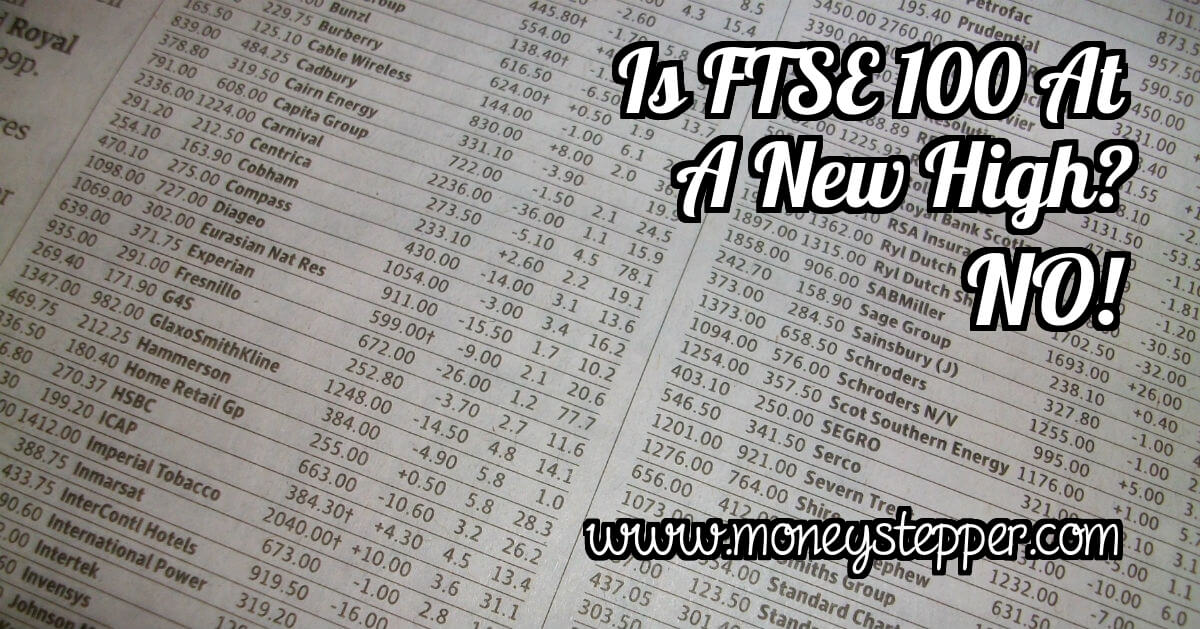 Not one of these articles mentions inflation or the fact that these are “nominal” highs. As ever, reporting half of the facts makes it much easier to grab the interest of the British public. However, don’t fear geeks, I’m here to bore you with the truth!!

Nominal is a very important word that all of these headlines are ignoring.

First of all, let’s examine the claim that the market is at a new high: 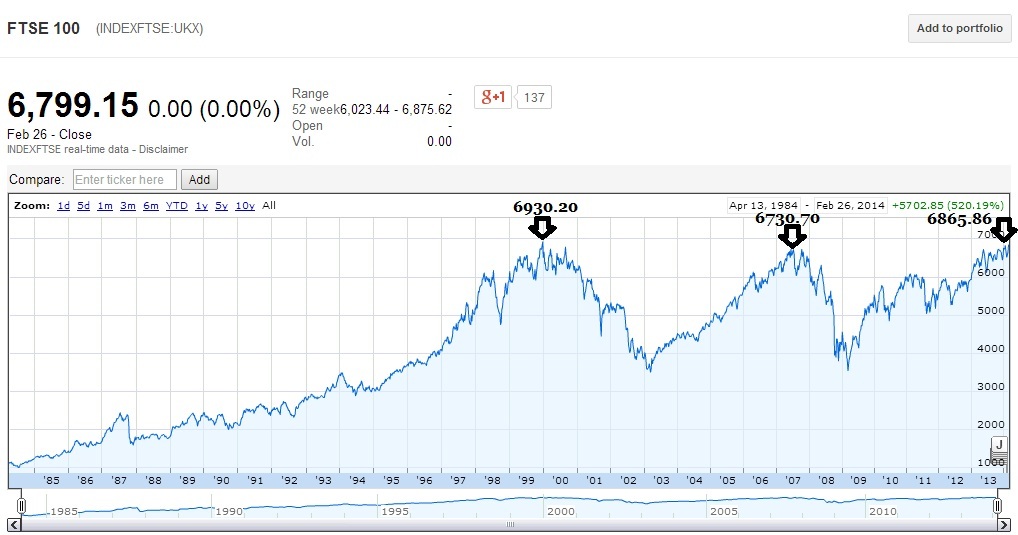 If we take today (Feb 2014) and work backwards with inflation, we obtain the following inflation adjusted FTSE 100 graph: 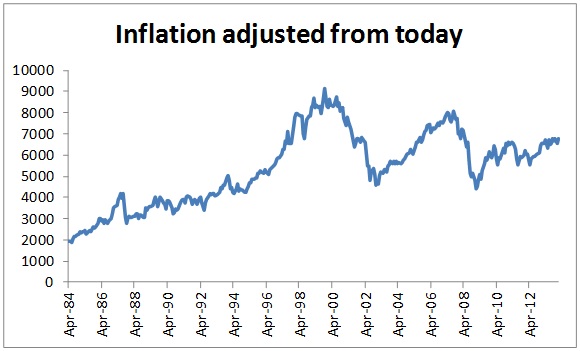 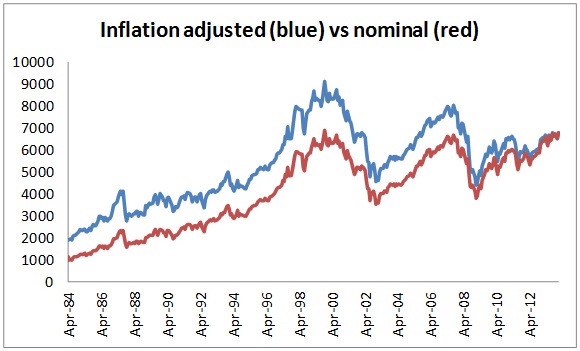 Not really as sexy for a headline, is it?

No, I really don’t. As you can see from the graph, the nominal price of the market (red line) goes upwards! Imagine that I invested £10,000 at “new highs” between April 1984 and today.

Since April 1984, the market has reached new highs in 66 months.

For example purposes, I will choose 5 of these dates haphazardly to show how much you would have today if you invested £10,000 at each of these nominal highs:

Even if you bought 100% of your investment on 30th December 1999 (which you wouldn’t have done because you are a fan of diversification and sensible investing), your returns would still have been better than the current savings rates across Britain’s banks.

Yes, ideally, you want to buy low and sell high. However, if you have £10,000 to invest at a new high, you would still be making an “investment” which outperforms holding cash.

See my post on timing the market for further analysis of this.

But, couldn’t I wait until a big fall in the market? Well, as you can see from the graph, that might not come for many years and you would be losing out on dividends over this period.

Again, I’ve written about “the best time to invest in the market”. I suggest you check it out if you are wondering about this.

The longer-term trend in nominal prices

Before I go, I thought I’d share one other pretty inflation adjusted FTSE 100 graph: 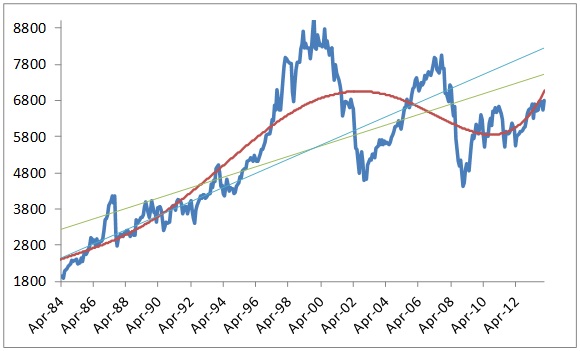 This graph shows the inflation adjusted FTSE 100 (as before), with three trend lines added:

Yes, mainstream media, the market is high. However, it is only NOMINALLY high. We would never say that milk is “over-priced” because it almost the same price that it was nominally in 1999. We certainly wouldn’t say that it is overpriced if it had fell compared to inflation over that period.

I understand that milk prices don’t bring in the readers. The stock markets and housing markets do. However, in order to not mislead people, we should view the stock market (and indeed the housing market) in the same light. Rant over with sensationalist headlines (until next week when I shall “destroy mainstream media headlines with record levels of fury”)…