Santa Rally and other market phenomena 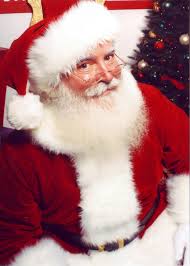 Mummy, is Santa Claus real? No? Well, is the Santa Rally real?

The Santa Rally is the idea that the markets perform well in December compared to other months. The theories behind this vary, but the data seems to suggest that the “Santa Rally” is indeed real.

The data for the FTSE 250 since 1985 backs the theory of the Santa Rally. Average monthly returns (not including dividends) are around 0.9%. However, the average performance for the month of December for the FTSE 250, again without dividends, is 1.8%.

Given that the data set is relatively small (only 28 years), let’s remove the outliers by taking away the top and bottom 3 performing years. Even then, the monthly average is still 1.8%. Therefore, the FTSE 250 in December exceeds the average by 100%.

Therefore, statistically speaking, the data seems to suggest that the Santa Rally is real. Indeed, it starts before December. Monthly returns in November are 2.8% for the FTSE 250.

What about other markets?

Let’s take a look at the New York Stock Exchange (NYSE). Data is available since 1965, and shows a monthly return (excluding dividends) of 0.6%. In December, the average is 1.1%. Again, the Santa Rally is real, with December outperforming averages by 83%.

Why is this the case

No one is really sure. Some theories include:

Sell in May, go away

Whilst we have the data, maybe we should also investigate other seasonal phenomena. “Sell in May, go away” is the idea that markets tend to perform badly over the summer months and hence there may be better investments elsewhere.

Does the data support this idea? Once again, yes, it does seem to.

The FTSE 250 strongly suggests that this idea is true. The average performance over the summer months (May to September) is -0.2% per month. The markets actually fall over this period. Compare this to the periods from October to April (helped by the Santa Rally) where the average is a 1.9% monthly increase.

Equally, the NYSE data supports this theory. May – September performance is 0.1% per month, whereas October – April returns 1.0% monthly.

So, maybe we can time the market after all?

In a previous article, we concluded that timing the market was extremely difficult if not impossible.

However, this data seems to suggest otherwise.

However, if we had invested £10,000 at the start of October each year, withdrew from the market at the end of April and held our funds in cash in between (assuming 4% average annual return on cash – over the long-term this is an underestimate), we would have £252,396.70.

What an incredible difference!! Our returns would be 12.2% per annum, rather than 8.8% per annum.

Can I beat the market?

Its a tough one. The data suggests resoundingly yes. We need to add in the impact of dividend returns being greater in the summer months, the trading costs of buying in and out of the market every year. Even after these costs, there seems to be a very strong argument for following the “sell in May, go away” school of thought.

However, it is important to note that this data is taken from a limited data set, which includes three very significant market crashes (1987, 2001/2, 2008) which all fall in the summer months.

The 1987 crash, where the market dropped 40% in two months occurred in September and October. Therefore, it splits the two comparative periods and hence doesn’t have a great impact on the results.

However, In 2001 and 2002, the market dropped by 23% and 32% in the summer months for the two respective years. The winter in between provided a 12% positive return. This has a significant bias on our above results.

Equally, in the 2008 crash, the summer saw a 42% decrease, whereas the winter saw a 20% recovery.
Clearly, these crashes and recoveries have a huge impact on our results.

Maybe they shouldn’t be disregarded completely, as we do not know if the timing of these crashes was the cause or the effect.

Do you believe in the Santa Rally? How about “Sell in May, go away”?