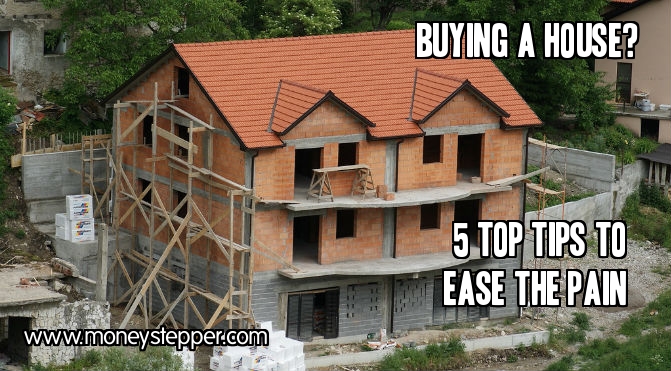 As someone who has been involved in buying a house, moving house, selling a house and also someone who writes and reads about money saving advice in his spare time, I have built up a particular set of skills. No, not like Liam Neeson, but to do with buying your first house!

If you are reading about first time mortgage advice, there is a fair chance that you already have enough saved up for the deposit on your mortgage. If this is the case, you may be thinking that that’s it. You have the money, let’s go out and buy a house! Unfortunately, this isn’t the case. There are so many other costs to consider that so many people overlook. Some of these expenses are:

Had you thought of all of these? I’d bet that you hadn’t; especially Stamp Duty due to a lot of people (including me up until the last minute) not even knowing what it is. You can find a more comprehensive list of additional costs to consider here.

This is a downfall of many people when it comes to buying a house, especially their first one. Let me put it simply: you are not going to find a house that you 100% love. There are always going to aspects of it that you wish were different, even if it is just little things like the windows not opening wide enough (I use that as an example as this was the reasoning behind my mother turning down a house when we were moving when I was a young boy.) These little things can put you off a house, but ultimately they make no difference. Things such as this can be fixed in time, and the chances are, you’ll probably stop noticing them after living there for a while. Don’t let inane reasons stop you from buying a perfectly fine house.

Now, assuming you have not been picky and have found a house that you just love and are going to make an offer on, you need to, and I stress need, to make sure it has been inspected properly. If the sellers haven’t convinced you that their inspection has been thorough and legit (or if they haven’t had one at all) then it is vital that you make sure this happens if you are seriously considering buying a house. Yes, this could cost you more money but it could save you so much in the future. There are so many things that need to be checked off in this process and there can be significant problems with the house that are overlooked if a proper inspection isn’t done. If it turns out there are problems with the house then it is the sellers’ responsibility to have them repaired if they still want you to pay their asking/agreed price. Don’t be caught out.

The house itself isn’t the only thing that you should thoroughly inspect when it comes to buying a house; you need to make sure that the area that it is in is compatible with you as well. I nearly made this mistake, I found a great house going for a lot less than my budget and I thought I had struck the jackpot. I was on my way to phone my mortgage advisor to say I was going to make an offer on this particular house until I decided to have a walk around the surrounding area. This was the best decision of my life; the area wasn’t nice, at all. The people were even worse. No matter how great the house was, I would not have liked to have lived there. Always make sure you’re as happy with the neighbourhood as you are with the house itself.

This was a piece of advice given to me from my grandparents, and I always respected the advice they had given me, and to this day I’m still glad I listened to them. You might think that once you have bought the house, signed off all the paper work then that’s it. Your life starts here. It doesn’t. There will still be much to do after you have moved in (on top of some of the things mentioned earlier in this post) some can be expected, some are totally out of the blue. For example, even though I had the house inspected properly and checked off to my liking, accidents can still happen. A pipe burst in my bathroom a few months after moving in, it’s just one of those things in life, but the point is if I had not kept putting away x amount each month, then I would not have had the money to pay for the repairs. This would have led to, let’s just say difficulties. The point being here is although you’ve done so well to save up for your house or your deposit, then saving shouldn’t stop. Cover your own back and help yourself out.

I was in my bank the other day and I noticed a promotion that they are doing. Clydesdale Bank are running a competition where you could win your mortgage payments for up to a year! All you have to do is arrange a first mortgage appointment with them. So, if you haven’t already sorted out your mortgage then this is definitely worth looking into!

This article was written by Chris, who writes about everything financial in the world of football and sports while giving out money saving advice where and when he can. You can find him over at Spend It Like Beckham and you can follow him on Twitter @officialsilb.