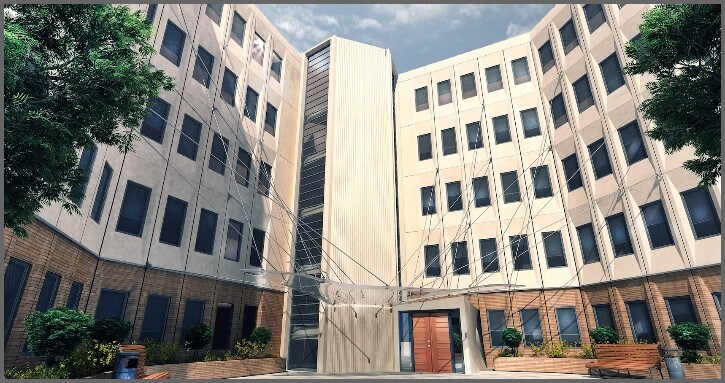 Post Brexit, where are the next real estate investment opportunities in the UK?

The UK has been under the spotlight in the past few weeks, with London and the City at the heart of the attention after the referendum. The outcome of the Brexit vote has caused economic uncertainty and has halted some transactions in the capital. Several questions concerning the economic consequences of Brexit are yet to be answered. How will it affect the markets? the pound sterling? Investments in the UK?

Yet, if Brexit threatens to weaken some facets of the British and European economies, some are already benefiting from it. Overseas investors have decided to increase their investment in the UK due to a weaker sterling that makes purchases 10% cheaper than prior to the vote. While most property developers have focused on London, a smaller number of companies have been tackling housing shortage in areas within the commuter belt of London. Is Brexit turning the outskirts of London as a place where opportunities are to be found?

Londoners suffer from the situation in the capital: a third of them need to travel 45 minutes or more to get to their workplace, and the living costs have become so high that many must today resolve to house sharing, as real estate prices have shot up 40% since 2012. It is no wonder then that Londoners tend to increasingly move outside of the capital, where housing prices can be as much as 4 times lower. On top of that, commuters living in towns on the outskirts of London can reach the centre in only 30 to 45 minutes by train.

The world’s largest investment funds have acted upon this situation a couple of years ago. With few investment options available worldwide, these companies chose to get involved in the UK property market. London, historically known for being stable and secure, was already seen among a few other global cities as a “safe deposit box”, and attracted many of these investors. Whilst being secure, rental returns in the capital do not exceed 1 to 2%. Soon they decided to look into the periphery of London for higher rental returns, in cities that deliver yields from 5 to 6%. By doing so, they were able to benefit from the combination of the proximity of these cities to London, and the higher yields they offer.

Brexit may amplify this turn towards the periphery. The office market in London has seen a fall in demand since the vote, while the luxury property market faces a slow-down in the upcoming years (see sources at the bottom of the article). Today, this context encourages several developers to shift towards the periphery which seems best protected from potential Brexit threats.

How To Create Even Stronger Opportunities?

We have met Homes of England, the leading property development firm in the periphery of London. They are an example of a company that believes in the need to create more affordable housing, and in the great potential of the outskirts of London. They have been acquiring all their projects in the commuter belt of London since 2013.

Homes of England’s vision is to export the “London lifestyle” to the periphery. Today, the modern tenant in the capital has expectations in terms of amenities, and “private rental complexes” already exist where services are provided on-site. Homes of England is exporting this modern lifestyle to the outskirts of London, their projects including services such as gyms, cinema rooms, conference rooms, storage space and delivery docks. Is that where opportunities lie, both for tenants and investors, in the coming years?

The company does not simply engage in buy-to-let, but rather in build-to-let. They believe in adding value to their buildings in order to create a healthy, diversified and secured portfolio able to resist market drops. The company specialises in the acquisition of office buildings and their conversion into residential buildings, for which demand is rising in the commuter belt. It was pleasing for us to see that conversions are less risky than new builds as no structural changes are operated on the buildings. Homes of England is the proof that it is possible, even in today’s market conditions, to create high margins through a secure process and to build and retain a strong portfolio. Through their numerous projects, they benefit from economies of scale, and their average project creates margins of 40%, which are used as a buffer to protect all stakeholders.

Touthill in Peterborough, Cambridgeshire, is a 119 apartments project located 5 minutes’ walk from the railway station. The building faces the cathedral and includes all the amenities listed above for its tenants.

Homes of England’s activities are financed up to 70% by banks, while the rest comes from their equity capital. Some experienced investors have also invested with Homes of England for a fixed return. We would recommend that you contact Homes of England for any questions, whether you are a sophisticated investor or simply interested in knowing more. Alternatively, do not hesitate to send us a message that we will be happy to transfer to them.