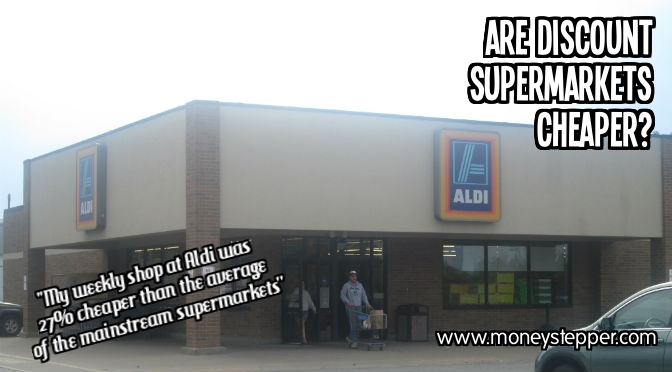 For many years, I’ve shopped at the discount supermarkets in the UK, primarily Aldi and Lidl. I’ve always been fascinated by looking at the crazy random products that they have in the middle aisle (although I almost never buy anything) and its always seemed cheaper.

I’m obviously a fan of saving money where I can. So, this made me ask myself: are the discount supermarkets cheaper than the mainstream supermarkets today?

General public opinion suggests that they are. This is also backed by (and probably driven by) media reports which have consistently highlighted how the mainstream supermarkets are suffering at the hands of the discount supermarkets.

However, we all know that the media have a tendency to overstate, or even sensationalise, these things so I wanted to find out for myself.

Therefore, this week, I did my entire weekly shopping at Aldi: 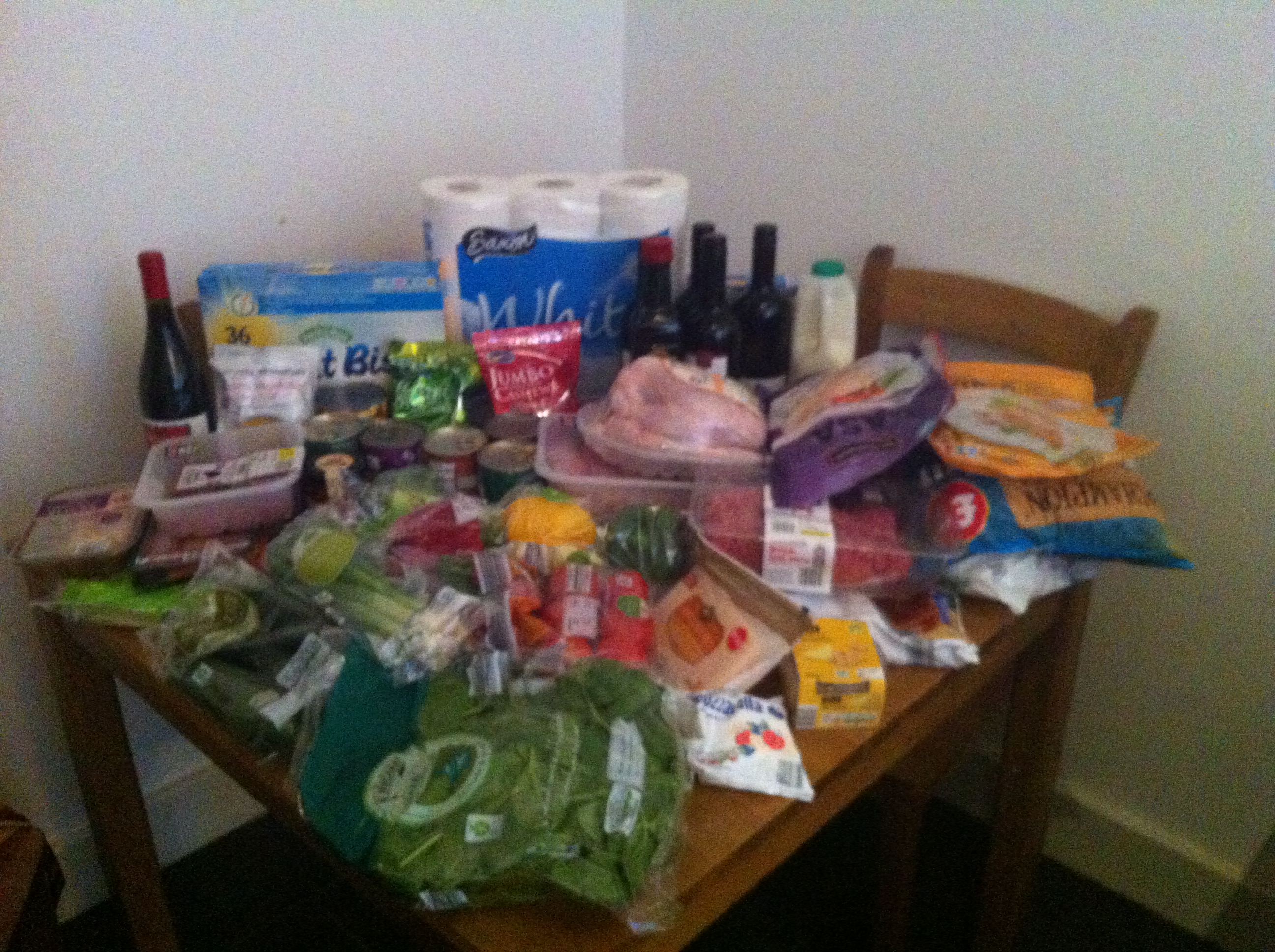 When I returned home, I then recorded everything I bought in that photo. The total spend was £84.99. This immediately felt cheaper than my usual shop of a similar size. However, I wanted to know whether this was cheaper and, if so, how much cheaper it was compared to the other supermarkets.

Therefore, I took myself online to each of the 4 mainstream supermarkets and performed a comparison of each product to find the equivalent product elsewhere.

I bought 53 items in total, each of which I found the same product (or a suitably similar one) at each of the other supermarkets:

What Do These Results Tell Us?

Firstly, and most importantly, that Aldi is SIGNIFICANTLY cheaper than the mainstream supermarkets.

In fact, our total was a whopping 25.7% cheaper than the average of the four supermarkets!

Quite remarkable that only 8 products could be found cheaper elsewhere!

Of the competitors, Asda fared best, with the cheapest overall bill at £101.17 (still 19% more expensive than Aldi) and were cheapest on 3 products (and matched the price on 5).

What a resounding victory for Aldi in the price war!

It doesn’t end with price. With the discount supermarkets, they are not certainly not compromising on quality when it comes to reducing their prices.

I’m a good way through demolishing this weekly shop, and I have yet to eat something which I think is of poorer quality that the competitors. In many cases, I would say that the quality is far superior, especially on the fruit and vegetables.

The mainstream supermarkets “price-match” each other

You can see this in a couple of items that I purchased:

Do you ever get ripped off at Aldi?

Not in my basket I didn’t! There is a concern with discount retailers, that they sell certain products in line with their pricing structure, but which aren’t actually cheap. For example, when Poundland sells superglue for £1, but you might be able to pick it up elsewhere for as little as 19p.

No such concern with Aldi.

There were only 2 products in my basket (out of the 53) where the Aldi price was above the average price of the other four supermarkets:

Out of a full weekly shop, they could barely get 1p over the average on all their items put together.

Man, I love this place!!

Good for shopping for one or two

Another thing I only realised when I performed the comparison was that very often, the only sizes available for products in the other supermarkets were much bigger. Carrots, for example, were only available in a 1kg bag at Tesco or Asda, whereas they came in a 500g bag (and for less) at Aldi.

This is a huge benefit for people who don’t have a huge family, or who want to eat carrots every single night!

Food wastage is a huge problem in the UK and has an obvious financial impact on your weekly grocery budget. If Aldi’s smaller sized packets help us reduce this, even better!

So, are discount supermarkets cheaper than the mainstream supermarkets? Damn right they are!! Can you guess where I’m doing all my weekly shops from now on…??