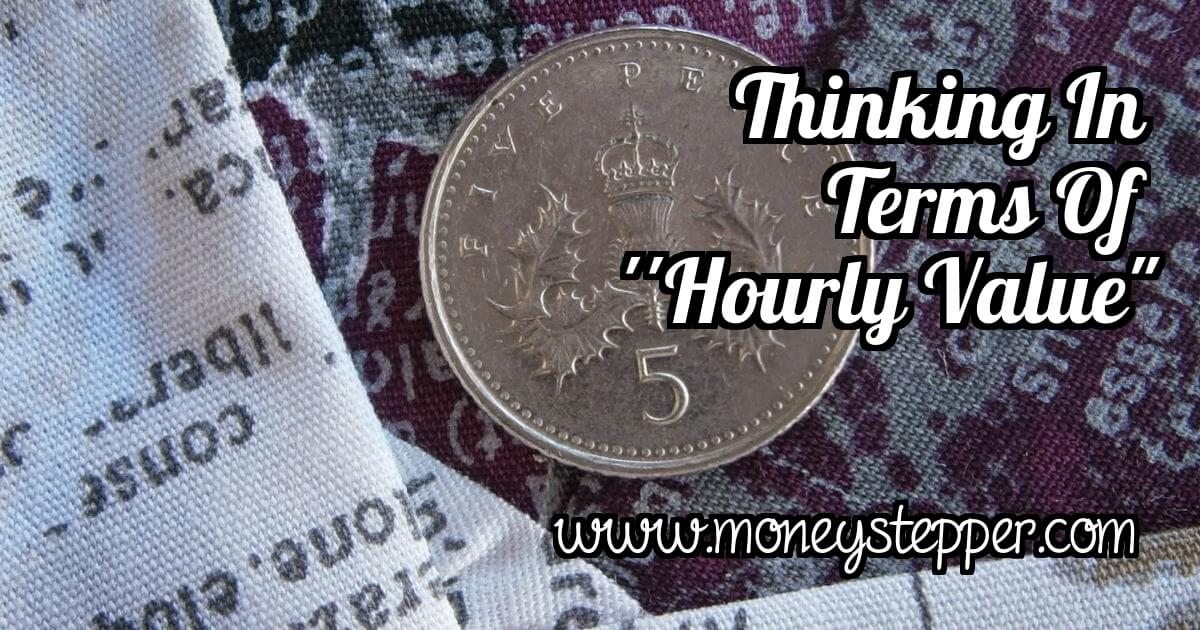 I’ve thought about this before in the past, but one very key concept in personal finance and moving along the journey to financial freedom, is thinking about everything in terms of hourly value – a combination of hourly wage and hourly costs.

However, this had fallen to the back of my mind until walking past a 5p on the floor last week (hence the image above) which got me thinking about it again. Let me explain… 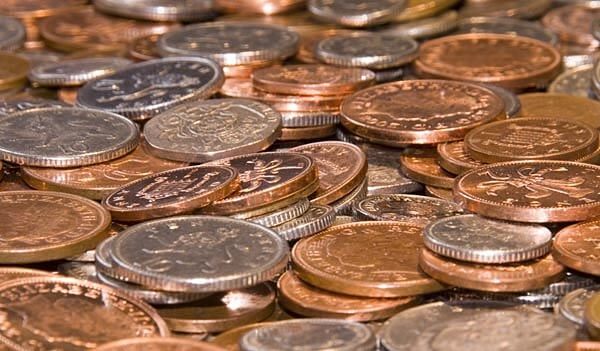 This article was inspired by a thought I had when I was walking through town and saw 5p on the floor. My hands were full of shopping bags and I walked on by. But, it made me think, if I were to drop 1p, would I pick it up? What about 2p? Or 5p?

I discussed this with a friend (yeah, he thought I was pretty weird) and we came up with a few factors which would impact what we picked up:

So, let’s imagine the following scenario: you’re on the way to the pub on a clear street and you’re carrying nothing. You drop 5p in a clean street (and littering isn’t a factor). Can you be bothered to pick it up? Now, I know loads of people who would say no. “It isn’t worth my time”. This got me thinking about valuing time in terms of value per hour.

I hear you scream, but that’s not realistic. I don’t do it for hours. Well, you might spend ½ hour in your lifetime doing that, no? ½ hour is bending down for 3 seconds on 600 occasions. Over a time frame of 50 years, that’s once a month, which is a feasible period for seeing money on the floor.

Instead, I want you to think about other things in your life in terms of cost or value per hour. Let’s look at some other examples: 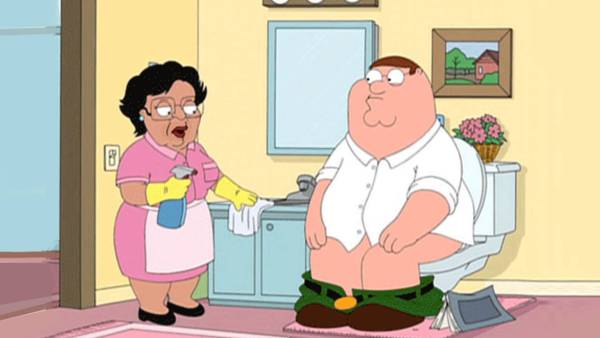 Another concept I’ve struggled with in the past is hiring a cleaner. Brought up in a working class home, the whole concept of having a cleaner seems massively bourgeoisie and, quite simply, offensively lazy. Just because you can’t be bothered to hoover the floor, or do the washing & ironing, you pay someone who you deem to be worth less than you to do these chores for you.

However, when you start to think about your “value per hour” my view of hiring a cleaner completely changes. Say you pay a cleaner £9 an hour (this is a reasonable rate having looked through some forums). However, at the same time, let’s say you can earn £12 an hour elsewhere and you have the ability to work overtime.

If cleaning your house takes you 5 hours a week and this could be done whilst you work overtime at your job, then the £3 difference per hour is essentially profit (although to make this accurate we need to consider your take home pay rather than your gross hourly salary).

Say you have a cleaner for 5 hours a week, every week, for 30 years. That equates to £23,400 profit in your working lifetime by working that overtime instead of cleaning. Better still, if you invest that saved money each year at 7% above inflation, and you’ll have almost £75,000 in today’s money in 30 years’ time.

However, be careful. I know people who use this argument to hire a cleaner and then spend those 5 hours watching TV. The fact that you could have earned £15 in that hour means absolutely nothing in this case, because you’ve just paid for the cleaning that you could have done yourself.

Investing In The Market 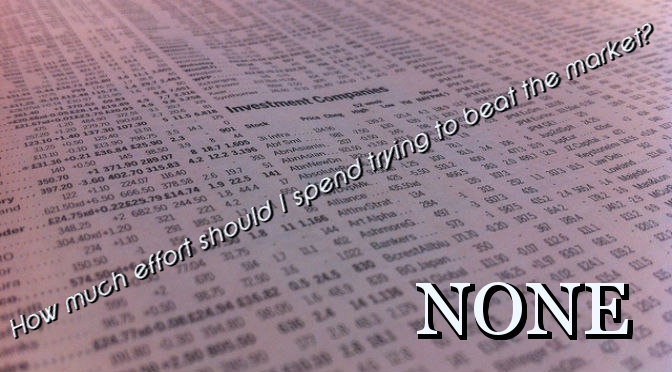 This next example is the most important revelation I’ve had in the past few years.

There is an ongoing debate about whether it is possible to beat the market through timing or through selective stock picking. Having done a fair amount of research, my opinion would be “no, you can’t beat the market”:

But, I think the more important question, and the question that people never pose, is:

How much can I earn per hour by beating the market?

Let’s say you are so skilled in market investing that you can beat the market by 10%. So, the FTSE 100 index returns around 5.5% per year (before dividends) and by being 10% better than the market (this is actually quite a lot better when you think about it) you will be earning 6%.

We run a few more examples and go into a bit more detail on this in the following article. If there are any stock pickers out there trying to beat the market returns, I would strongly encourage them to read this:

Related Article: How Much Time Should I Spend Trying To Beat The Market? NONE! (Moneystepper) 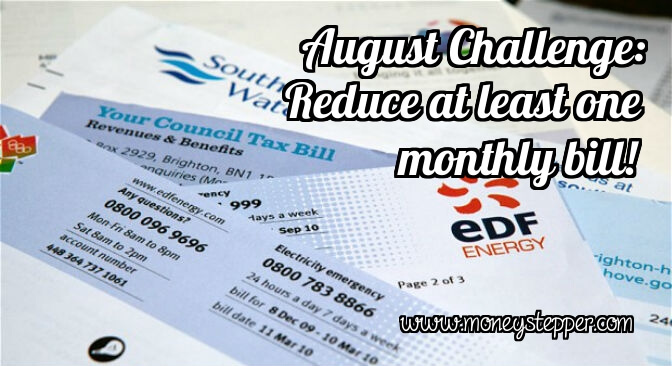 Any regular Moneystepper readers may be familiar with our “mini monthly challenge” as part of the Moneystepper Savings Challenge program. In August, I challenged people to renegotiate one fixed monthly bill to save them money:

Why did I do this?

Well, because it’s a great way to earn a monumental hourly wage through savings. Say your £30 mobile phone contract has expired and you are free to upgrade or shift contracts. You do one hour of research and you find that the giffgaff SIM only contract for £7.50 per month offers you exactly what you were getting before.

You spend one more hour setting up your new contract, and we’ll say (as an overestimate) that you spend two more hours dealing with getting your phone switched over (PUKs, physically changing the SIM in your phone, etc).

Yet, I know people who stick with the same expensive contract because changing is “too much hassle”. I wonder what these same people would do for £68 per hour if you asked them. A lot more than changing a SIM card I’d imagine!

Finally, whilst I was writing this article I stopped to look at the personal finance subreddit (as I often do) and I saw this question:

Related Question: Should I Switch My Car Loan To A Lower Rate? (Reddit)

Therefore, the debt would be cleared up in 6 months. But, was it worth getting a new lower interest rate loan for those six months. Well, the answer lies in….you guessed it…the hourly value.

Running an example where he could take a 7% loan today (with no fees on repaying the old loan or taking out the new one), the difference in interest paid in the 6 months would be $150.

Therefore, he would need to determine how much his time was worth, and whether the $150 divided by his value per hour would be less that the number of hours it would take to deal with the paperwork (and whatever else of swapping the loans).

It’s great to think it terms of your hourly value, and then apply that to different tasks to work out the financially optimal action.

So, littering issues aside, would you pick up the 5p? What about a 2p? More importantly, do you know your hourly value threshold (the £ value per hour that you can earn)?

Let me know in the comments below.