Another good way that many people make additional income online is through ebay. However, I’ve never personally sold more than a couple of old DVDs and some old stuff lying around the flat when I moved house. Therefore, we have a guest post from Syed at The Broke Professional to discuss his experiences with selling through eBay. 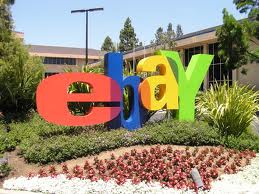 How eBay can improve your life

I have had an account with eBay for many years now, but I have only used it for buying products.  If I wanted a game or book that wasn’t widely available, I would check on eBay and almost always find what I was looking for.  I knew about selling on eBay and heard of people making some decent money off of it, but I didn’t really think I had anything of value.  After successfully selling a few items recently for the very first time, I have come to realize it’s not what I think is valuable, but what other people do.  As the saying goes, “One man’s trash is another man’s treasure.”

The first thing I have ever sold on eBay was an my wife’s old iPhone 4.  There is always a market for cell phones, especially Apple’s ubiquitous products.  I usually sell old phones to sites such as Gazelle or other trade-in services.  They make it easy by just giving you an upfront price and even sending you the box to ship it in.  I figured this is the easiest way to get money for your old phone since it is pretty much hassle free.  They offered me $60 for the phone, which was in perfect working condition.  They had a guaranteed price for a month so I decided to try eBay to see how much I could get.  And boy am I glad I did.  I sold the phone for over TWICE what Gazelle offered.  There was of course more work involved such as taking pictures of the phone and posting a listing, but this was pretty minimal considering the payoff.  I have ended up selling a few more things I don’t use anymore, and it feels great.

So here are 3 really positive things I’ve achieved from selling on eBay:

This is the obvious advantage of successfully selling your things on eBay.  You get money for things you don’t really use anymore.  You can ask family and friends for things they don’t use anymore (just make sure to tell them you plan on selling it so there are no hurt feelings).  The initial money I have made has not been earth shattering by any means, but it has certainly helped increase my savings and I hope to be able to make more in the future as I gain more experience.

I see this as one of the biggest benefits of selling your old stuff.  I don’t like clutter in general because I like when areas look clean, but de-cluttering can be spiritual in a way.  We get used to seeing things in a certain place all the time, even if we don’t really use them.  Getting rid of something is like a kind of mental sigh of relief, opening up your mind and focusing on what’s important in your life.  Because it is really hard to move on to a better place when you’re still stuck in your old place.  Maybe most people don’t see de-cluttering in this way, but it really does give you a mental break.  Plus, it’s always a nice alternative to get money for your old stuff rather than throw it out and fill up landfills.

I love the concept of the paradigm shift, which is essentially a change from one way of thinking to another.  We all need to undergo some paradigm shifts at some point in our lives, and I think selling on eBay can help.  Okay maybe I’m giving the folks at eBay a little too much credit, but one change I’ve noticed in myself since successfully selling on eBay is I’m starting to look at life in a more “business like” way than ever before.  Ever since high school I’ve been in employed positions where I’ve received a steady bi-weekly paycheck, which does have its advantages.  Knowing how much you’re going to get every month makes budgeting and monitoring spending pretty easy.  I always thought the whole idea of selling and business transactions in general were for people smarter than myself.  But after selling some things on eBay I know that’s not the case anymore.

By taking pictures of my products, pricing it accordingly and listing them to sell, I was engaging in advertising and marketing.  It does take a little more work than having somebody else do it for you, but the rewards are well worth it.  I’ve always been a risk averse person so I don’t plan on quitting my job in a blaze of glory anytime soon.  I do like my current position and it does pay well.  But as I increase my business acumen through eBay and other ventures, the idea of going out on my own may not be as far fetched as I thought.

Syed is the “broke professional”. Join him on his journey to the land of positive net worth and a student loan balance of 0 at The Broke Professional.