During a recent conversation with a colleague regarding their overspending before pay day, we lightheartedly concluded that he would be going to debtors’ prison for his sins.

For those of you who are not familiar with the term, a debtors’ prison is a prison for people who are unable to pay debt. These prisons have been used since ancient times. Through the mid 19th century, debtors’ prisons were a common way to deal with unpaid debt in Western Europe. Though increasing access and lenience throughout the history of bankruptcy law have rendered debtors’ prisons irrelevant over most of the world, they persist in countries such as the United Arab Emirates, Hong Kong, and Greece. 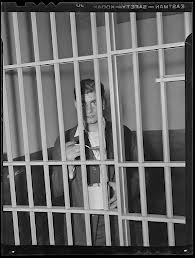 The History of Debtors’ Prison

In the UK, The Debtors’ Act of 1869 abolished imprisonment for debt, although debtors who had the means to pay their debt, but did not do so, could still be incarcerated for up to six weeks.

While the United States no longer has brick and mortar debtors’ prisons, the term “debtor’s prison” in modern times sometimes refers to the practice of imprisoning indigent debtors for matters related to a fee imposed in criminal judgments with more than a third of U.S. states routinely flouting federal regulations against the imprisonment of debtors for inability to pay legal fines. To what extent a debtor will actually be prosecuted varies from state to state. This modern use of the term debtors’ prison arguably has its start with precedent rulings in 1970, 1971 and 1983 by the U.S. Supreme Court, and passage of the Bankruptcy Reform Act of 1978.

My initial thoughts were that (although the severity of the two cases clearly differs) there would be a similarity in traits between the two sets of people and therefore debt repeat offenders could learn something from the much more widely studied criminal repeat offenders.

Taken from the gov.uk site, I have obtained the following statistics for criminal re-offenders:

My (high-level) conclusion for this is that people who commit criminal offences are much likely to re-offend, and that prison seems to do little to discourage these individuals from re-offending.

From the insolvencydirectbus.gov.uk site and others:

So, although the figures for repeat insolvency are less than repeat criminal activity, I would still argue that there is a clear link.

Let’s assume that we say “adulthood” is from the age of 16 to 65 (i.e. 50 years). There is a 1/427 chance of any individual becoming bankrupt in any individual year. Therefore, in year 50, there would be a 25/427 chance that the average person in that age range would have been bankrupt in any of the previous years. This would suggest that 6% of all bankruptcy cases should be repeat filers. However, a figure of 16% shows that the “re-offending” effect is statistically significant.

My conclusion, similar to the above, is that people who commit “debtor offences” are much likely to re-offend, and that bankruptcy seems to do little to discourage these individuals from re-offending.

Who is going bankrupt?

Let’s look at what is likely to cause an individual to offend when it comes to bankruptcy.

Educational level: I would expect that uneducated people are more likely to become bankrupt. However, 20% of 2010 bankruptcy filers in the US held a bachelor’s degree or higher, while another 29% have college education. Authors of a 2011 bankruptcy study suggested that those with some college education are at the highest risk of declaring bankruptcy because they have the financial burden of student loans but don’t experience the higher salaries associated with college degrees.

Income level: Again, I would expect that people will smaller incomes are much more likely to file for bankruptcy, and the figures do agree with this – 60% of those filing have income less than $30,000 annually. Interestingly though, almost 10% have income over $60,000 per annum. With some individual exceptions, I would imagine that most of these cases are simply down to poor money management.

Age: The median age of a bankruptcy filer is 45 years old.

Why do people become repeat offenders?

In the criminal system, it seems that people become repeat offenders for many reasons. However, I can see a clear comparison between people re-offending criminally and “debt re-offenders” in many cases:

I do not have the data available, but I am pretty sure that the percentage of people falling into debt after filing for bankruptcy or otherwise being “bailed out” financially by friends or family will be much higher than those people who have educated themselves through reading personal finance blogs, for example, and walked the hard long road to financial recovery.

In both the criminal justice system, and personal insolvency system, I really think that something needs to change and that education needs to be at the forefront of rehabilitation.

I do appreciate the difference between criminal activity and debt. But I can also see the similarities.

So, for all you people working hard to get yourself out of debt the right way (through education and hard work), well done!

It might seem like a long, hard road, but I’m certain that your long-term future will look much better than someone who takes the “easy route” out.