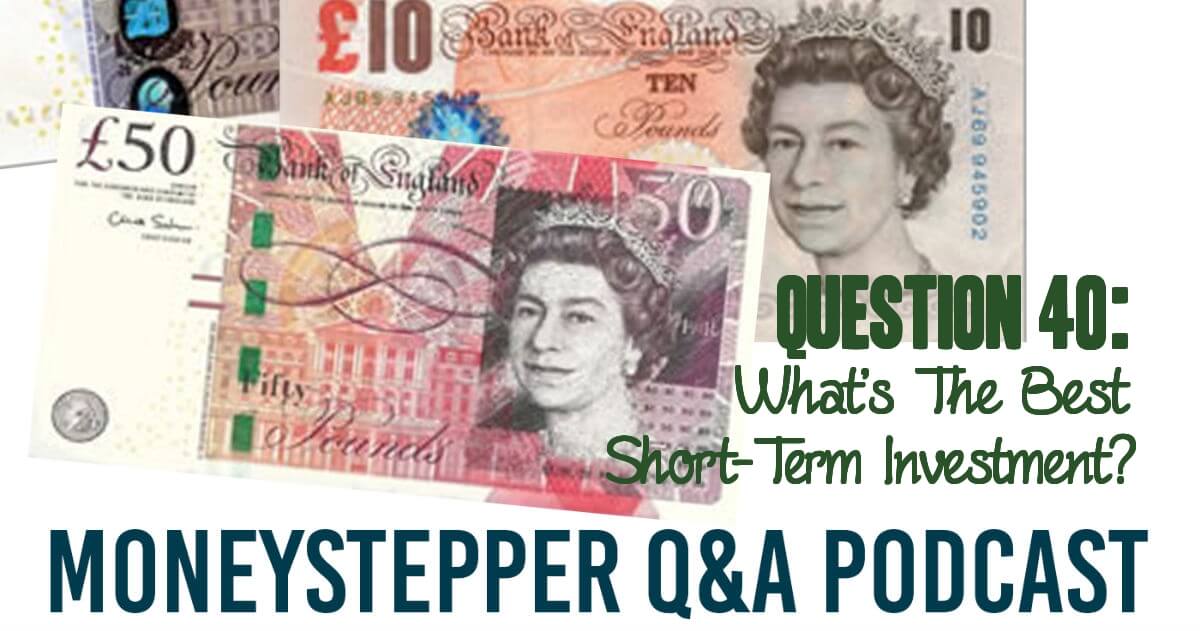 Muhammad asks: “What is the best short term investment?”

Q&A 40 – What Is The Best Short Term Investment? – Shownotes

Today’s question comes from Muhammad on Twitter who asks:

What is the best short term investment?

As is the way with Twitter and the 40 character limit, Muhammad’s question was short and to the point. However, unfortunately, the answer is not quite as short.

Short Term vs Investments – An Oxymoron?

First of all, we need to address the language with Muhammad uses. You see, in my opinion “short-term and investment” aren’t two phrases which are entirely compatible.

The term investing is most commonly defined as buying an asset with the intention of earning a profit. However, with all investments come an element of risk. Whilst there are many types of risks to consider, they can all either be mitigated through diversification of investments and, most importantly, time.

Take the stock market for example. You can invest in the FTSE All-Share and, based on historical returns, you could expect a total return (capital growth and dividends) of around 8-10% per annum on average.

And herein lies the main problem with “investing” in the short-term. When most people think about money that they are investing in the short term, it’s usually because they need it for something in a certain time frame.

So, Muhammad, you first need to distinguish between a short-term store of value (like a cash savings account) and an “investment”.

That said, many people take this too far the other way. For example, in Q&A 32, we looked into a theoretical example where someone was looking to save for a house deposit for an investment property in the next few years and, as such, had £40,000 held in cash. We considered this to be too prudent for this investor as whilst she was saving for a short-term goal, that goal was actually another investment so it was important for her to think about her overall strategy.

So, Muhammad, what is the best short term investment? Well, there probably isn’t one. Investments are generally best thought about in the long-term, and short-term goals are usually most appropriately achieved via storing the value of cash and protecting it from the downside.

Whilst P2P seems to be less variable than other long-term investing, it’s important to note that this is a relatively new technology which hasn’t been stress tested by a significant recession and/or credit crunch.

To conclude, if you are saving for a short-term expenditure, then keep your money in cash. Then, for everything else, consider it as part of a long-term investing strategy. Maybe not 100% optimal in all cases, but pretty safe advice!