As ever on this website, we are not looking at wholesale changes to your lifestyle. Instead, we are focusing on the little things (the small steps) which can make a huge difference over time. Today, we’ll work out how much money you could save in the long-term if you quit smoking.

How many of us are lighting up? 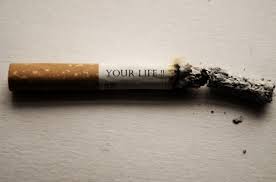 In 2009, an average number of 13.1 cigarettes were smoked each day by current smokers. This includes an average of 13.9 cigarettes for men and 12.4 for women.

So, if we take an average smoker, they will spoke 4,782 cigarettes in a year. A packet of 20 of a well-known cigarette in a UK supermarket currently costs £8.07. This means that the average UK smoker spends an incredible £1,929 each year on cigarettes!

Over 25 years, if you quit smoking today and save the money at the average rate of bank interest, you would have an unbelievable £110,434.

…and the monetary cost is obviously not the only negative impact

One not so obvious impact of smoking is the amount of time lost. Smoking a cigarette is considered to take around 5 minutes. Over the course of 25 years, this time accounts for 1 year, 1 month and 16 days! Instead, let’s assume that you could spend this time performing any activity that could earn you a meager £5 per hour. In this case, you would be earning an additional £50,000 from the alternative to smoking! Yet another reason to quit smoking.

But it’s not only the time and price of smoking that is costing you. Smoking kills around 114,000 people in the UK each year. Of these deaths, about 42,800 are from smoking-related cancers, 30,600 from cardiovascular disease and 29,100 die slowly from emphysema and other chronic lung diseases. Among adults aged 35 and over, there were approximately 1.5 million hospital admissions with a primary diagnosis of a disease that can be caused by smoking.

Remember, this website discusses the very small steps which we can make with very little impact on our lives in the short term, but which have huge financial benefits over time.

For the bigger steps to a wealthier future, I would recommend that you read my book: “Becoming rich: one step at a time” available now.

Happy climbing one and all!