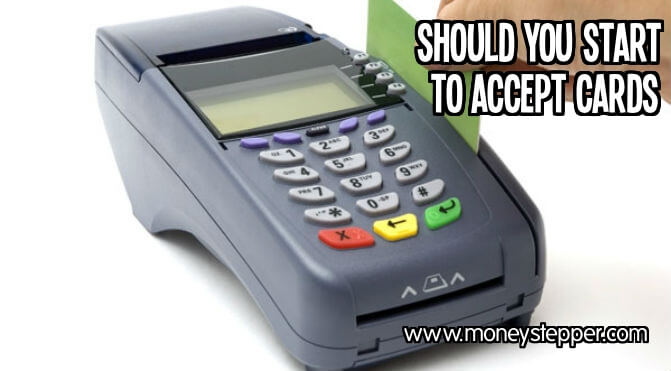 Most people think of craft fairs, farmer’s markets or food trucks as cash only affairs. This goes for anywhere and any place that people are selling their goods right out there, door to door, from a truck, a stall or a booth.

No matter what the business is, people assume that you can’t use your card to pay there. The sad thing is, even some business owners believe this. They don’t consider that eCommerce providers and other companies are making it easier than ever for you to be able to accept cash everywhere you go.

If you are a business owner, you might have a great source of revenue that is currently going mostly untapped. If this is the case, now might be the time to get a card reader that lets you accept someone’s money anytime, anywhere.

Here’s three concrete reasons why now is the time to invest in a card reader that will work with a mobile point of sale system so that you’re always prepared to accept someone’s payment.

More People Have Cards than Ever

The average number of credit cards owned by Millennials is now 1.58, according to research from Credit Cards. This means that you don’t have to worry about there not being a market for your card reader. Young people are one of the major spending forces in the demographics, and it is also true that the burden of student loan debt is making many of them think twice about being able to handle a couple lines of credit.

But, that doesn’t mean that they don’t have the plastic. In fact, with those kinds of numbers, every single Millennial would have one and a half credit cards, making them the second highest ranked generation in that respect. Being able to accept plastic wherever you are means that you’re able to access more money than you ever have been before. 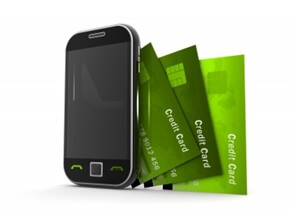 40 percent of people carry less than $20 in cash on the average day, according to Bank Rate. This means that someone can essentially limit how much it’s possible for them to buy from you based on how much they have in their pocket at the time.

On the other hand, a card will give you access to, theoretically, as much money as they have on their credit line or in their bank account. That is to say, if you have a client who has $10 in cash on them, the most they can spend at your stall, booth, or truck is $10. While no one wouldn’t bend over to pick up $10 from the street, it’s not the most amazing thing in the world. It’s a sale, but it’s not all you have to look forward to.

When a customer wants to pay with a card they have a lot more choices. They could spend, theoretically, as much money as they have. That $10 could become $100 very easily; a swipe of the card and that impulsive purchase is padding your bank account instead of theirs.

As a consumer, we are not suggesting that this is how you should shop. In fact, quite the opposite and here are six ways to avoid unnecessary or impulsive purchases.

However, as a business owner, you should be ready to accept the payment of people who shop in this manner. It gives you a lot more room to try to entice each customer. It also means that you won’t be turning away people who wanted to buy something, but had no means to pay you.

It simply isn’t realistic to expect that a customer is going to leave their location, find an ATM or a store where they can get cash, and then go all the way back to you. It’s far more likely that they’re going to shrug off the purchase and leave you alone. At the very least, you’re making sure that your customers are only the most dedicated of the dedicated, and at the worst, you’re losing out on every impulsive purchase that a customer could be willing to make.

For anyone worried about security, which you should rightly be, mobile encryption may be the solution and could be the most important reason why you should make the switch to a mobile card reader, as offered by Shopify and other eCommerce vendors. These modern card readers are fully equipped to encrypt the data that they receive from the moment the card is swiped.

This means that your customer’s data will never be exposed in a server which, according to Discover, is basically a big, tantalizing target for thieves. This also means that you won’t have to explain to your customers about your recent security breach. We have all seen how disastrous this can be for business, small and multinational alike!

It adds another layer that thieves would have to go through in order to get them. This means that you can keep your customer’s confidence where you’re at home or on the go.

A business’s repeat customers are the backbone of their organization, so adopting a mobile technology now that lets you accept plastic in addition to cash will allow you to safely and faithfully serve more loyal customers.