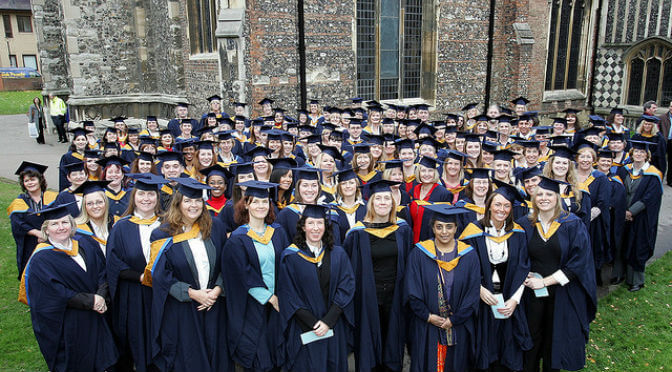 University is a more expensive undertaking than ever before, with tuition fees and living costs having increased significantly in recent years.

New research by Hitachi Capital now shows that it is parents who feel the pinch of their children going to university. Almost 30% say they have had to sacrifice major purchases in order to save and 23% say it has not been easy to fund their children’s education: 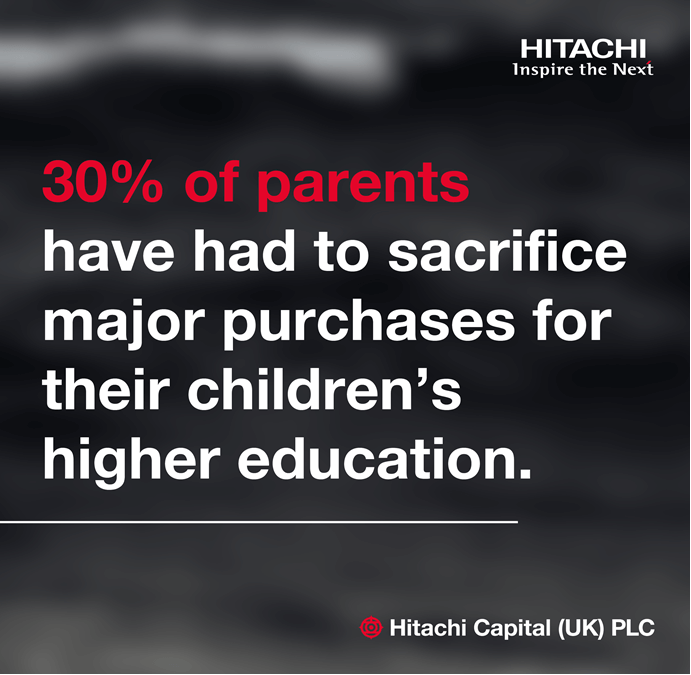 The Rising Cost of University Education

Compounding the 2012 tuition fee hike, the recent abolition of grants has raised the price of a university education and increased the need for parents to set aside money for their children’s future. Of those with children under the age of 18, the majority said saving for university was more important than saving for a home or spending on cars and hobbies. A significant four in five parents think that university is expensive, but 45% would still encourage their children to go. The power and pull of education remains strong – only 5% would discourage students from aspiring to university because of the associated high costs.

As A Level students received their results this month, the Institute for Fiscal Studies revealed the findings of a study that appeared to support the consensus that university is still a worthwhile investment. The report suggested there has been no erosion of graduate earnings from larger numbers of students going on to higher education.

What is the Payback?

An earlier report from the Intergenerational Foundation, however, challenged the assumption that having a degree leads to higher earnings. According to the IF, paying off huge and relatively unregulated debts will wipe out any graduate premium in all but the highest-paid professions. Many students are also questioning the traditional student loan approach to funding since many graduates are seeing their debts rise by as much as £180 a month due to high interest rates from lenders.

Not only that, but fees are on the rise again. Last month it was reported that universities in England had announced fee hikes above the £9,000 threshold, prompting calls for higher fees to be officially linked to better quality teaching.

Beyond tuition fees, other financial pressures rack up on students and families, with the average cost of university halls coming in at £4,500 a year. Not traditionally the best with budgets and money management, many students must resort to the “Bank of Mum and Dad”, which contributes more of the average student’s income than term-time work and holiday work combined.

Sending children to university is one of life’s big milestones, so it is fitting that the majority of people with children think it is important to save. On average, parents give their kids between £2,000 and £3,000 a year to help them manage university life.

An Expense or An Investment?

University is an investment – you spend now for a payoff later. Parents who lack the income or savings to support their child shouldn’t be at a disadvantage or have to worry about getting into heavy debt. Although the costs can be daunting, it’s important that families consider a range of lending options to ensure they are getting value for money.

For more on parents and university costs, see: https://www.hitachicapital.co.uk/news-media/parents-struggle-financially-to-send-children-to-university/