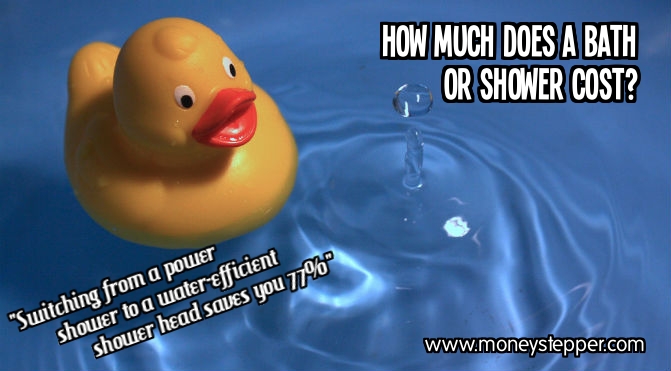 We often think that things as trivial as taking a bath or having a shower won’t make any difference to how wealthy we are and will be in the future. Well, prepare to be amazed…

In fact, the cost to run a bath (or the cost to take a power shower) is significantly more than the cost of taking a shower. If we multiply this impact over a year, or a lifetime, of taking baths or showers, the numbers become quite remarkable.

Then, by using comparison services like The Energy Helpline, you could end up saving even more. Just click on the image below, pop in your postcode and current usage, and they will tell you exactly how much you could be saving each year on your gas and electricity:

How Much Does It Cost To Run A Bath? 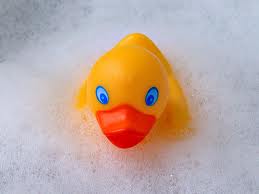 Ahhhhh. Plenty of water, plenty of bubbles, even the rubber duck! Many people love taking a bath. But, do we realize how much it costs to run a bath?

It is estimated that it costs between 30p and 90p to take an 150 liter bath, depending on the efficiency of your boiler. If you are taking a bath twice a day, you would use an average of 300 liters of water each day, at a daily cost of £1.20 and an annual cost of £438.

How Much Does It Cost To Take A Shower?

Less. Much less. The average (eight-minute) standard shower only costs between 20p and 30p, using only 50 liters of water. You can work out from this how much your shower costs depending on the time you spend when you take a shower.

If you are in and out in 3 minutes, then each shower is probably less than 10p, However, if you are like this guy… 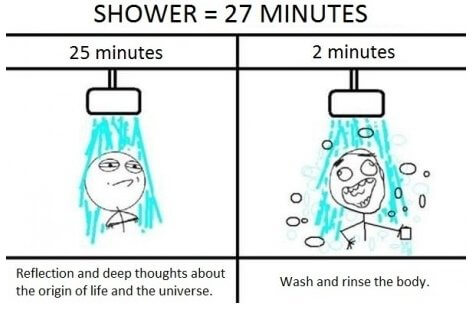 So, clearly saving 100 liters of water each time you take a wash is good for the environment. But, you may not appreciate how good it is for your bank balance. Two of those average showers a day based on these figures gives a daily cost of around 50p, with an annual cost of £161.

Therefore, by switching from taking a bath to having a shower, you could be saving over £250 a year.

Should We Be Taking A Shower So Often?

So far, we have referred to washing twice per day. Whereas this is fairly normal in modern society, it is not considered to be necessary for personal hygiene reasons, and could even be detrimental to the health of your skin.

Instead, it is generally accepted that from a health perspective (other than after vigorous exercise or labour) taking a shower twice per week will suffice if one washes themselves down with a cloth on a regular basis in between.

For many of our readers (myself included), this is a little controversial, but this could lead to some significant savings if adopted.

Related Article: How Often Should You Shower (MNN)

How Much Does It Cost To Have A Power Shower?

So, we should all be taking a shower instead of taking a bath. Right? The end. Not so fast… 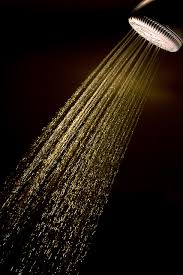 There are many different showers on the market and their efficiency vary greatly. Power showers use significantly more water and therefore cost a great deal more. Whilst these may be pleasant to take, there is little evidence that these provide any hygienic benefits.

The average power shower is estimate to use 272 liters for two average showers per day, which is almost as much as taking a bath twice a day. In comparison, if you make use of a water-efficient shower head, you could reduce your daily water usage to just 62 liters (compared to 100-120 liters from a regular shower).

Summary Of Costs Of Running A Bath Or Taking A Shower

The 25 year savings are calculated using the cost per year compared to taking a bath twice per day, invested at 10% annual return for 25 years.

Therefore, for those of you taking a bath twice daily, it is costing you £40,519 more than those using the most efficient shower twice per week over the course of 25 years. That is, quite literally, a lot of money down the drain!

Save Even More By Reducing Your Energy Tariffs

You can save a lot of money by using less water by taking a shower with a water-efficient head instead of having a bath. But why stop there?

You can reduce the cost even more by finding a cheaper energy tariff. You could be saving, on average, £370 on your annual energy bill. So, now you know the cost to run a bath and to take a shower, you can determine how much you could be saving on your energy bill by checking out the energy helpline by clicking on the banner below: