How I paid off over £100k in consumer debt and became debt free!

Sometimes in life, we need some inspiration. For any of you currently trying to become debt free, I challenge you not to be inspired by Maria Nedeva. Maria, who runs the UK blog “The Money Principle” paid down £100k of debt in only 3 years to become debt free. How? Through research, education, ingenuity, hard work, experimentation, good fortune and even better friends. Plus the ability to continue enjoying life – just in different ways! 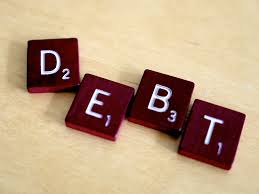 Here is my interview with Maria – I hope that it can inspire you on your own financial journey!

1. How much debt did you have? What kind of debt was it?

In January 2010 we had almost exactly £100,000 (approximately and depending on exchange rate $157,000) worth of debt. It was all stupid debt 🙂 according to the way in which it was accumulated.

For over a decade I had very bad feeling about our finances. I never looked; I ‘outsourced’.

Would you believe that I didn’t look at a financial statement for years and years? I had decided to focus on earning – earning rather well but not knowing exactly how much – and asked my husband to look after our finances. Turns out he didn’t either.

And this is how you find yourself in ‘stupid’ debt. Otherwise, it was all consumer debt spread around a number of credit cards (all of them in my husband’s name but the spending was for the family).

2. How long did it take you to get out of debt?

We became debt free – all £100,000 of it – in three years. Well, three years and a week but who was counting. We were debt free at the beginning of February 2013. If you are interested the story is here.

Our story was also featured on the Business Insider.

People keep asking me how we did it. It’s not that hard and anyone can become debt free. You just need to do these four things: a) wake up one morning and say that ‘enough is enough’; b) rationalise your spending; c) increase your income; and d) put all positive cash flow on the debt.

Do this, and you’ll kill it in record time and forever.

3. What was the hardest part of becoming debt free?

The first three weeks or so. Sometimes I still go back to these first weeks after John (my husband) told me how much debt we have accumulated.

I was in shock! I thought my life has ended and we’ll never be able live a life beyond the bare needs ever again. Never be able to lend some support to our three sons and leave legacy.

I still go back to a night in Lausanne, Switzerland  – I do travel quite a bit for work – and to a hotel room. It was dark and I was crying. Around 3am there were no more tears left, just all darkness around and inside me. This is the closest I ever got to being depressed.

Then a miracle happened: I felt a slight shift in my mind. An opening of hope and the thought ‘what if I could do this’. For about a week after that, I told myself every night before going to sleep and every morning when I woke up that ‘I am okay and I can turn our finances around’.

Once I believed I can do it, the rest was easy. It was a matter of learning and doing.

4. Can you give a real life example where you had to sacrifice a “want” in order to achieve your debt-free goal?

Sorry, guys, this is not a story of sacrifice; it is one of focus, learning, growth and strategy.

I didn’t have to sacrifice anything and this is the best part of the system I came up with. We didn’t sacrifice any ‘wants’ because: first, I did work out a way to master my wants so that I either allowed myself some of them or stopped wanting; and two, we learned to do things differently, and more cheaply, rather than stop doing them.

5. How did becoming debt free feel?

It was 9.25 am and I was teaching a class on research methodology. My phone beeped; there was a message from John saying: ‘Done and dusted.’ This meant that the last installment was paid and the loan account closed.

Even now, a year later, what I appreciate about being debt free are the little things like buying flowers when I feel like it.

6. What is your #1 tip for people trying to get out of debt?

Maria’s bio: I am Maria Nedeva, the blogger behind The Money Principle where I show smart people how to win the game of wealth by learning and acting. My brand of money management comes with a side dish of logic, analysis, sociology and common sense.