How We Funded Paying Off Our Mortgage Early 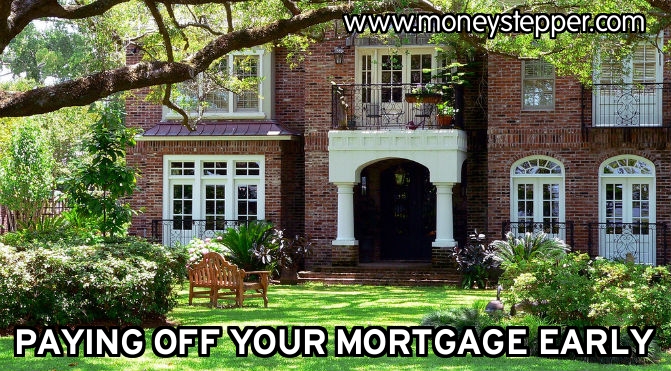 Paying off the mortgage early is a hotly contested debate in the personal finance world. So many variables must be taken into consideration before a person decides it’s the right choice. Most likely my reasoning for doing so will be different than yours.

As I’ve written about, my wife and I did decide that we would be paying off our mortgage early for various reasons. However, it wasn’t a decision we entered into lightly. It also didn’t simply happen overnight. It’s not like we woke up one morning and said, “Oh, let’s pay off the mortgage today.

Rather, our decision came about through wise financial planning and discipline applied over time. We could not have paid our mortgage had we not put ourselves in a financial position to do so. There simply came a point in time when we had excess money coming in each month and nothing else to put it towards.

Here’s how we came to that point.

Dealing with the bigger issues first

The mortgage was never the first thing on our mind to pay off. There were much larger matters that required our attention.

First, we had to rid ourselves of all other debts. For us, that included a car payment and school loans.

The next step was to build an emergency fund equivalent to 3-6 months of expenses. After the emergency fund was set up, we began to look at funding retirement and saving for the kid’s college. Both of those issues we accomplished at the same time (and continue to fund to this day.)

So you can see, this was a building process that obviously happened over a period of years. With each task being checked off the list our financial lives began to mold into form. Much like building a pyramid, the foundational layers provide support and structure so the higher levels can be reached.

About the same time we became serious about our mortgage payoff, my wife had a change of her own. She decided to switch careers. Her desire was to leave teaching high school math and become a Certified Public Accountant. I was 100% on board with this for two reasons.

One, it was fulfilling a dream. She passionately wanted to pursue this. Who was I to stand in her way?

I also knew (and so did she) that this new career had the potential to drastically change our financial picture. Upper level positions in accounting (i.e. partner level in a firm) for those who have achieved a CPA designation can be quite lucrative. With four kids going off to college in the future, we would need all the money we could get.

Only four years into her new career, my wife is making twice what she did as a teacher. A good portion of that extra income we put towards the mortgage.

As our income grew, we wanted to venture into alternative ways to make money. These are affectionately called “side hustles” – things you do that produce income apart from your main job. Our passion became rental real estate.

We were able to purchase a few houses at rock bottom prices (that were in foreclosure) during the most recent housing downturn. By purchasing at a great price point, we were able to rent these properties at a rate that covered all the expenses we might have.

After we built a rental business emergency fund, we threw any extra rental income at our personal mortgage.

My wife came into our marriage with several mutual funds. That was my first introduction to the world of investing. As I began to read and study, it quickly became apparent that investing in the markets was a great path to produce wealth.

At some point along the way, I began to delve into single stock investing. We were already invested in index funds and other mutual funds, and I thought single stocks might give our portfolio a little boost.

When we became serious about our mortgage, my wife and I discussed liquidating my portfolio of single stocks to fund that payoff. Many would consider that foolish, thinking I could get a better return in the market. I weighed that thought and ultimately decided to sell the riskier asset (all but one of the stocks) and redistribute that money towards paying off our mortgage. Now that money I made in single stocks rests as equity in our house.

There were some other minor strategies to the mortgage payoff along the way, like throwing tax refunds at the debt. The big strategies that ultimately did it for us though were increasing our household income, creating an income producing side hustle and selling investments. We could not have done any of those however, without some discipline to take care of the more basic financial needs first.

What strategies have you used to pay down debt? Do you have a side hustle? Would you ever sell a stock investment to pay off a mortgage? If you could place money in only one of these three, would it be retirement, the kid’s college or the mortgage?

About the author: Brian Fourman is a private school teacher and personal finance blogger. His hobbies include rental real estate, running, cooking and sports. In his down time, he loves being a dad to his 4 kids and hearing his wife talk about all the cool things CPAs do at work. You can check him out providing encouragement and inspiration on his blog at Luke1428.com or by connecting with him on Facebook, Google+ and Twitter.