The cost of movie tickets is rapidly increasing

In years gone by, going to the cinema to see the latest release with friends or family was a regular past-time. But, I fear that these days are gone due to the increasing cost of movie tickets and food & drink (and the increased choice of watching movies at home). Could this spell the end of cinemas as we know them? 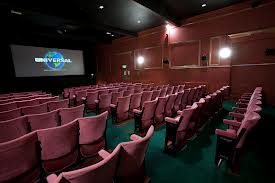 The cheapest adult ticket for a normal film at the Odeon cinema is now £13.00. But, to fully understand the cost of movie tickets, let’s look at the price of a family trip to the cinema to watch an ordinary, non-3D, release. Then, we’ll make the comparison between the movie tickets and having a “film night” at home:

Now, I realize there are some differences. Yes, we may have to watch a film that is a year old to get it at that cost from a cheaper online retailer. Yes, the screen will be smaller. Yes, we lose some “cinema atmosphere”. But, is this worth £70 extra or 900% of the home equivalent. I think you would struggle to argue that it is.

One alternative is that we could take our own food & drink to the cinema. But, even when we ignore the cost of the food & drink extras, the price of the tickets alone is £54. Move it into the “royal circle” and its £68. For a 3D movie, that increases by another £6.40. And that is the family ticket “special offer”!!

Is the cinema dying?

Perhaps so. Two people fairly well educated in the film industry seem think that this is a possibility.

In June 2013, Steven Spielberg and George Lucas participated in a panel and they predicted a significant shift in the film industry. The pair predicted a paradigm shift for movies that Spielberg says will begin after several mega budget films crash and fail. In the future, Lucas predicts there will be fewer films in fewer theaters and tickets will cost $50-$150 each.

Instead, all other movies will be watched in the living room, and brand new films will be able to be streamed at more reasonable prices.

As ever here on moneystepper, we are looking at making those small changes which have a big impact over time. Say you are the family of four above which visit the cinema once every month. If we changed that to once every three months, and replaced the other two months with the home equivalent, you would save over £650 each year.

For more moving saving ideas, check out ways to save money.

For the larger steps to long-term financial freedom, my e-book is available now.