…and what it tells us about the economy of European countries? 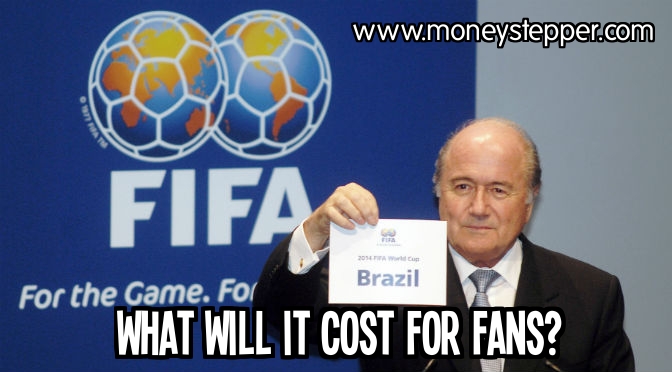 The countdown to the World Cup 2014 in Brazil is well and truly underway. But, for anyone getting caught up in the excitement and planning a last minute trip to Brazil to support your country, you might have to think again. We estimate that the cost of attending the World Cup at £6,000.

According to FIFA’s latest ticket sales, 53,387 England fans will currently be making their way to Brazil for the World Cup this summer. Let’s take a look at how much this trip will be costing these England fans: 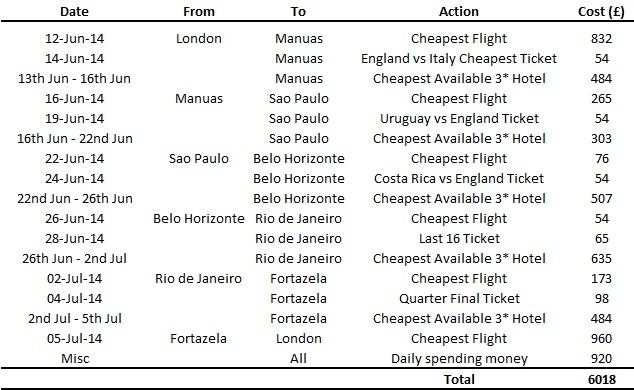 The cost to attend the World Cup up to the quarter final stage: over £6,000 when booking the cheapest 3* hotels and the cheapest economy class flights – not exactly a luxury trip. I’m sure I don’t need to tell you that this is a lot of money! However, given the current economic situation in Europe, it may be “more” money for people from certain countries than others.

What does this tell us about the European economy?

FIFA have also released figures for the World Cup ticket sales in all major European countries.

These figures show a clear discrepancy between Germany/England and the Southern European countries. This is likely to be reflective of the Euro crisis, which we have written about before.

However, we can’t take these figures at face value. We need to compare the sales to the population and the country’s usual interest in football to determine if this is reflective of the economic situation and the possibility of the country’s inhabitants to afford the trip to Brazil:

From this, we can see that these figures and comparisons show that the southern European countries are indeed struggling to see tickets as people simply can’t afford to buy them. Why is this? Well, in the “Is the Eurozone crisis over” article, we noted that the unemployment rate in Spain is around 27%.

This, no doubt, has a serious impact on the number of tickets sold. Not many unemployed people can afford a £6,000+ trip to South America this summer, even if it is to watch the defending champions!