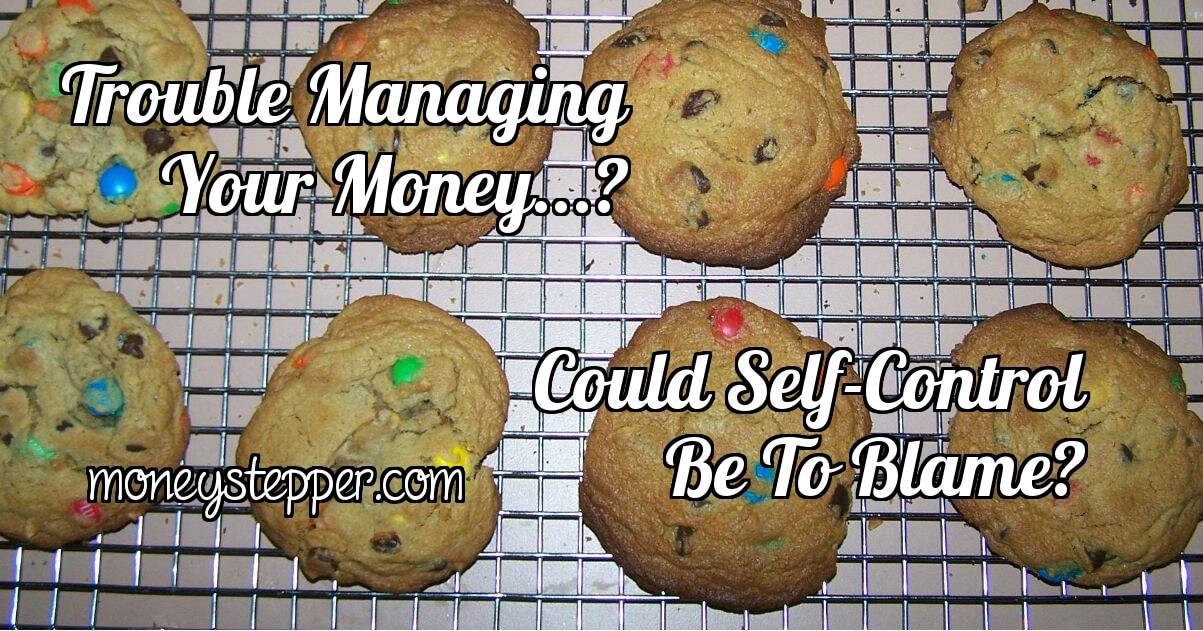 We just can’t help ourselves when when we know we’re being impulsive, foolish or dangerous. How many deadlines have we knowingly missed? How many needless risks have we taken despite knowing better?

If you feel like you can never get ahead financially, you might have an underlying problem: a lack of self-control. Even millionaires are sometimes unable to control their impulses and wind up broke. For us normal people, the challenges of managing self-control can be even greater due to our fairly limited resources.

Risks Can Sneak up on You

There’s a certain satisfaction in buying something new and shiny. In extreme cases, shopping creates a rush similar to taking a drug.  It’s the same thing that gamblers feel when they’re playing slot machines or cards. Gambling is one thing, but perhaps going out with friends or fancy tech gadgets is regularly wiping out your savings. Such behavior is a form of risk tasking.

Science has proven that this type of behavior isn’t from seeking a thrill. Instead, it’s a lack of self-control that prevents us from making the smart decision.

To get your finances in order, you’ll need to understand the underlying problem. Researchers in the U.S. wired more than 100 people up to register their emotions while playing a videogame that stimulates risk taking. They found that the people taking risks weren’t adrenaline junkies. Instead, they lacked self-control and couldn’t resist. These risks aren’t typically over-the-top ones like skydiving. Instead, they’re daily experiences in which a decision needs to be made quickly. Something as mundane as walking through a store during an enticing sale can be a risk when combined with a lack of self-control.

Self-control can’t be quickly learned, but sometimes outside factors make things even more difficult. One of the biggest is a lack of sleep.

Unhealthy sleep habits have a number of negative consequences, such as the dangers of drowsy diving and the general feeling of misery that happens when missing sleep. A lack of sleep can have consequences beyond those already serious problems. Researchers at Clemson University discovered that a lack of sleep directly leads to questionable decisions and an increased risk of giving in to impulses. This shows the importance of changing up sleep habits or seeking medical help in order to ensure enough rest. Failing to do so could lead to further problems in the future.

Another problem that leads to questionable financial choices is decision fatigue. Research shows that each person has a limited amount of mental energy and it gets drained with each difficult decision that has to be made. Eventually, the energy runs out and people start making poor decisions out of exhaustion.

If you’re working a stressful job that requires difficult choices or you’re dealing with challenging social problems, you could be experiencing decision fatigue. After a while, people coast by on autopilot because they’re so exhausted and they stop giving decisions much thought. To combat this, rest is required. Eating regularly also helps bring back some of that energy.

There’s no shame in having self-control issues, as almost everybody has their own quirks and weaknesses. Some of these problems are less serious than others. What’s important is recognizing your weaknesses and addressing them head-on.

Being honest with yourself and slowly trying to gain some self-control isn’t easy, yet it’s the only way to make the changes needed to fix your finances. Try to make incremental changes and savor every small victory as you work towards your goals.