Before the summer hiatus, I set the May monthly challenge to give selflessly. Little did I know that after that month, I would be pretty despondent with the whole idea of giving to major charitable organisations. Read on to find out why…

Listening back to the May monthly challenge podcast, the exact challenge for May is: 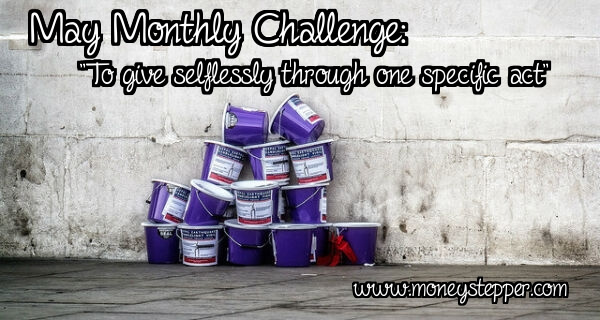 I listed a few ways which people give to charity which I had concerns about, such as giving to the homeless or giving to people doing an event with “free charity entry” which other people pay for.

Another concern of mine which I mentioned in the podcast was a fear that giving to large corporations (Oxfam, Unicef, etc) didn’t give me transparency of where my money would go.

My fear was that the money would go towards salaries, overheads, marketing, etc. Unfortunately, my fears were certainly realised in the month.

Giving selflessly – How Did I Get On?

First of all, thank you all for your great ideas on charitable giving. A few people got in touch via email with some fantastic suggestions.

Unfortunately, I didn’t find time to act on these in the month of May (too much wedding preparation got in the way). However, I did manage one act of “giving selflessly”.

I was approached in the street by a girl with an “Oxfam bucket” who was raising money to provide water and sanitation to those effected by the Nepalese Earthquake. This seemed like a great cause, and so I reached to my pocket to drop £5 or £10 into the bucket. 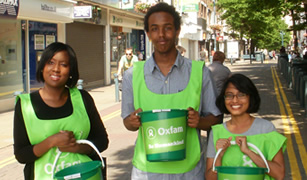 It turned out that the bucket was actually only a prop and that to donate, I would need to text a specific number, which would automatically give them £5 to the appeal.

I text immediately and received a thank you reply for my donation. I left happy that I had done a little to help and that I could at least nominally tick off the May challenge.

Charity Doesn’t End With A Donation

Upon returning home that same afternoon, I received a phone call. It was from a company which worked for Oxfam in trying to obtain donations on their behalf. After a 5 minute introduction from the nice lady on the other end, I informed her that I didn’t have time that afternoon to speak, but she could call back another time.

I received a call the following day. I informed the gentlemen that I was happy with the £5 I had given, and I would probably donate more to similar appeals in the future, but when I was ready to.

He told me of all the advantages to Oxfam of me signing up via direct debit to give £10 per month. I repeatly informed this gentlemen that I would not be doing so and that I would give in the future when I was moved to do so.

Despite my clear message that I was definitely not going to sign up to the direct debit scheme, the gentlemen continued for 45 whole minutes, explaining all the appeals Oxfam were currently working on and encouraging me further to give via direct debit. He did not succeed.

However, before hanging up he said something extremely interesting. He informed me that the call was made by Private Company X (I forget the name) on behalf of Oxfam and that Oxfam had paid this company a sum of around £130,000 (I forget the exact figure) to provide the service.

Where Did My £5 Go? The Street Fundraiser

In the intro, I mentioned that I was worried that I was giving to a large charity because my money wouldn’t actually help the people it was supposed to. So, I decided to try and break down where my £5 charitable donation actually went.

In chronological order, my first contact was with the nice girl on the street.

In my hometown of Newcastle, the main shopping street (Northumberland Street) probably has anywhere between 15 and 30 street fundraisers from major charitable organisations. This always seemed like of people giving up their time to be scowled at by passers-by who are just trying to grab a sandwich in town and get back to their desks.

I ask myself: was the nice girl from Oxfam being paid or was she a volunteer?

An article from 2002 from the BBC website interviews one street fundraiser who says:

“Then there are the people who have a problem with the fact that we get paid, which is unreasonable because this is a full-time job. All charities set aside part of their budget for fundraising, and they have contracts with agencies like mine to get new donors.

Despite what people think, we don’t get a commission. I don’t think it’s ethical to pay fundraisers on that basis. I started on £8 an hour and am now on £10.”

Oh dear – I thought that this girl was giving up her time to help those poor people affected by the earthquake. A search on apply4u.co.uk shows me that I can earn a salary of £8 – £12 per hour with incentives and holiday pay for being a street fundraiser:

So, let’s say that she was paid £10 per hour. From first flag down of “excuse me sir” to the last “thank you for your support” was probably around 15 minutes. Pro-rata, this means she was paid around £2.50 for getting me to pledge £5 (her request and chosen amount, not mine)!

Where Did My £5 Go? Street Fundraiser Overheads

This is not going to be a huge cost, but that girl didn’t just find herself on the street with a bucket asking for my donation.

The recruitment agency would have been paid a fee. She was wearing Oxfam clothing and advertisement. She had the bucket. I imagine that she had a co-ordinator, superviser or manager to decide where she stands. She probably was trained by someone. There would be internal managers, accountants and all other types of position related to her being on the main street in Newcastle flagging me down.

Continuing up the chain, I guess you even have to attribute some of the CEOs annual salary and bonus to me. And the advertising budget. I probably only stopped because I saw and trusted the name Oxfam. I wouldn’t have stopped for “Otterthirst”.

How much should I attribute to that? No idea. In total, maybe £0.30 doesn’t seem crazy? Let me know if you think it does… 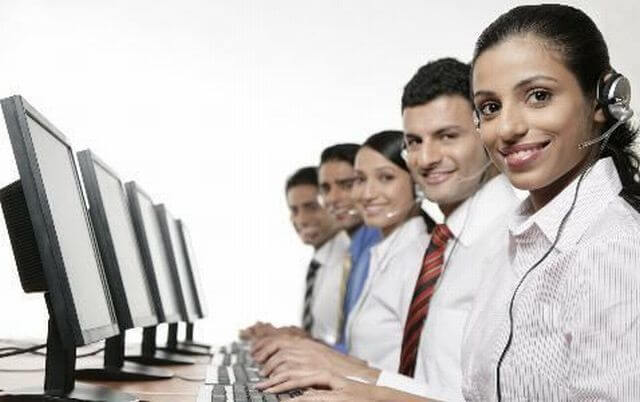 Therefore, Oxfam would have had to pay for the callers salary (let’s be prudent and assume minimum wage), plus costs of systems, calls, supervisors, managers, cups of tea, etc for this private company.

I think that I’ll hugely underestimate the cost if I say that Oxfam pays 2 x minimum wage on the contract for every hour that a caller spends with a prospective “customer”.

Where Did My £5 Go – Conclusion

Down the pan. well, more accurately, you have to say that my £5 (and a whole lot more) went to paying salaries of workers in the UK.

Now, I don’t mind helping the UK economy grow, but when I try to “give selflessly” to the people in desperate need after a natural disaster, I’m not all that happy that my money simply goes to paying peoples’ wages here in the UK.

Based on my above assumptions (and I know that I’ve underestimated and omitted certain costs) my interaction with Oxfam cost them around £16.

I don’t know about you, but this really discourages me to give to large charities in the future. Next time, my “giving” will be much closer to home where I know I can see the benefit of my time/money (and not just in paying UK salaries).

However, please let me know if you took part in the May monthly challenge to give selflessly and if you had a better experience than me!

Check back in the last week of July for the August challenge.

Based on the feedback from the last monthly results, I’m going to work more on these monthly challenges and stop the podcast for the time being.

August will include the challenge itself, but also a results round up at the end of the month where individuals can showcase their own challenge for the month in an attempt to improve accountability in these monthly goals.

Here are some links where you can catch up on previous monthly challenges:

February – Earn some form of side income: UserTesting.com

If you need proof of the lasting impact of the monthly challenge (it takes 21 days to form a habit), you may want to know that I still use usertesting to earn side income, I am currently typing this using Colemak and at the same time I’m listening to the latest Tim Ferriss podcast at 1.5x speed. Lovely.