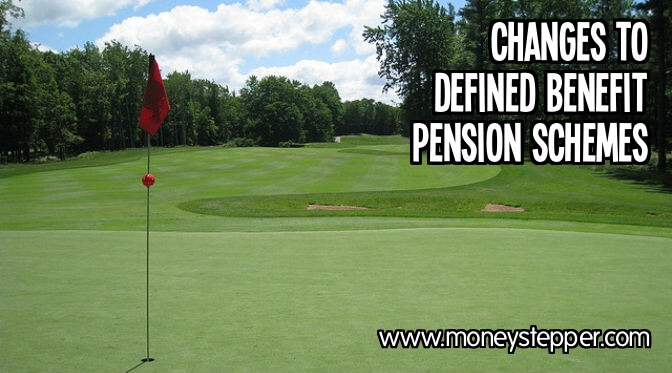 Defined benefit and final salary schemes were common for most workers in the past, but as life expectancy rose, many employers found that the regular pay-outs to retired workers – on top of their current worker’s salaries – were just too much, particularly for smaller businesses.

Defined benefit schemes are similar to an annuity, where your employer pays you a regular retirement income for life, with final salary pensions often paying out a multiple of your final salary based on your years of service.

Defined contribution schemes – where your pension fund is determined by the contributions made by you, often with input from both your employer and the government – have become the norm now across most of the private sector. And until now, if you were on a defined benefit pension scheme in the private sector, you were considered one of the lucky ones, as the pay-outs in retirement can often be much more lucrative than if you’d had to make provisions for your own hefty contributions over your working life.

But in April 2016, things look likely to change, with an overhaul of the state pension scheme. Employers will cease to receive a 3.4 per cent national insurance rebate, which was initially set up as an incentive to opt-out of the secondary state pension. The cost of running these schemes will increase, with this extra cost being passed on to employees and requiring them to either pay more in contributions or see a reduction to their pension benefits.

Malcolm McLean, a consultant with actuary Barnett Waddingham speaking with The Independent stated “For an employer with 1,000 staff we’re talking about a substantial amount of money. I’d certainly expect many employers to look at the possibility of doing something about it”.

He expects that we’ll see employers either changing the accrual rate, pushing back the individual’s retirement age or increasing the level of contributions an employee must make to their scheme.

While the vast majority of defined benefit and final salary schemes can be found within the public sector, these workers are less likely to be affected the changes to the state pension rules, due to the government’s 2011 announcement that public sector schemes would be protected from negative changes for at least 25 years.

Though unfortunately, take home pay for members of both private and public sector DB schemes could fall from April next year. Those who are in “contracted out” schemes currently receive a national insurance rebate of 1.4 per cent – though this will be denied from next April and it equates to losing a similar discount on their income tax rate.

There is a belief that this hasn’t become a huge news story as most organisations are focusing on the radical pension reforms that came into effect earlier this month, and with talk of annuities being offered a re-sale option, alongside the upcoming general election, everybody is pre-occupied with other pension matters.

Members of defined benefit schemes are encouraged to read thoroughly the communications they receive on their pensions, to understand the implications that any changes will have on their retirement income.