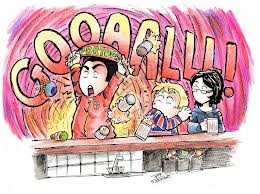 …and I thought June was good! After a 7.82% increase in my net worth in June, my goal for July was to consolidate my gains and try to have a positive month.

Well, it was positive alright…

Goal 1 – After an 8% increase in April, a 4% increase in May and a 8% increase in June, I thought that the train had to stop soon. Apparently not. July is my best ever single monthly increase since I started recording my goals just over 2 years ago.

A lot of this increase was a result of another goal on the list. In the past 2 months, we have spent a fair amount extending the lease on our rental property. This led to two poor months in the rental property profit, which has only just started to return to normal this month. However, in this process, we were required to have a formal survey performed and we received a valuation on the property. Given that this is an income generating asset, it seems appropriate to include this at its proven market value, and hence a revaluation of the property contributed a good chunk of the July gain.

This, combined with a 2% monthly gain in the markets and good side income, has led to an 18% gain in my month-on-month net worth, which pushes my YTD above the percentage I had aimed for this year.

However, it doesn’t stop here. Obviously, my net worth can also go down in the following months. This is even more likely given the “big changes ahead” section below…

Goal 3 – As well as my additional income noted in Goal 1, my spending was also pretty minimal in July. A tight budget (there is so much to do for free in summer) means my savings rate for the month of July was 78% of my net income – again, one of the best months I have ever had.

Goal 5 – After a couple of months of losses on the rental property (caused by legal fees for the lease extension), it was nice to see a “normal” month. The monthly goal is a profit of £50 per month, and so a net income of almost 3 times that was nice to see.

Goal 7 – Dividends galore. The vast majority of my shares are now held in ETFs, which means that my dividends are paid quarterly at the end of months 3, 6, 9 and 12. However, due to my broker being a little slow, I usually receive these early in the next month. June’s quarterly dividends therefore hit my account in July for a total of £949. Given my progress, I’m going to increase my full year goal to £1200. Given that this has already previously increased from £450 originally, this is going pretty well…

Goal 8 – From FAIL to PASS! Another month of “wages” paid from moneystepper means that my YTD figure has now exceeded my 2014 full year target. However, for this goal, this should stay the same. Since incorporating moneystepper as a LLC at the start of June, I have paid myself 2 months of wages at this level. However, given the “big changes” ahead, I intent to simply reinvest all revenue and profits back into the business from now until the end of the year, so there will probably be very little change in this figure between now and the end of 2014.

Just the one really…

Goal 10 – Its summer, which means lots of rosé, ice-cream, steak on the balcony, etc etc. Because of this, the calorie goal was missed. This is hopefully something I can improve from September onwards!

Let’s hear it then – what are these big changes…

I will try to cut a long story short!

When we moved to France 2 years ago, both my fiancée and I did so with our current employer under the contractual agreement that we would return to an office in the “North of England”. It was fully expected through prior experience that this would be our home town, Newcastle.

However, things didn’t work out quite like that and I was offered a move to Leeds and my fiancée to Liverpool. We were moving back to the UK to be in Newcastle (near to our wonderful friends and family) and so this “offer” wasn’t really appropriate for us.

So, we are still moving back to Newcastle in September, but instead of moving back into full time employment, I shall be focusing 100% of my efforts into moneystepper and some other projects. A bit of a risk, but one I am very very much looking forward to taking!

How will this impact my goals? I still intend to achieve goals 1-4, 6-11. However, I am going to make an amendment to Goal 5. My wonderful tenant is moving out of our rental property in September, close to the time when we return to the UK. As such, we are planning to move back in to minimize risk a little in this area. Therefore, my goal will be pro-rata until the end of August (which shall be 10/14 months of the goals) to give a full year goal of £500.

I’m sure you’ll hear a lot more from me in the coming months about what this will mean for me and for moneystepper. If you want to support my leap into the entrepreneurial life, and comments below would be hugely appreciated.

Moreover, I have just released a new football quiz app (trying to open another revenue stream), so if you could check it, and maybe leave a comment/review in the App Store, that would also be awesome! It only takes two minutes and would really help me out – click on the picture below to visit the App Store to download, rate or review. 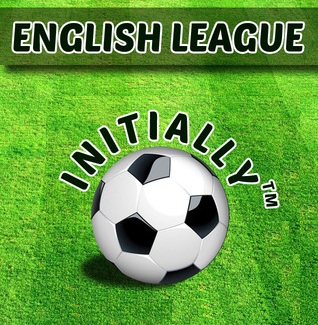