Investment 101: Collateralized Debt Obligations (CDOs) and their Relationship with the Financial Market 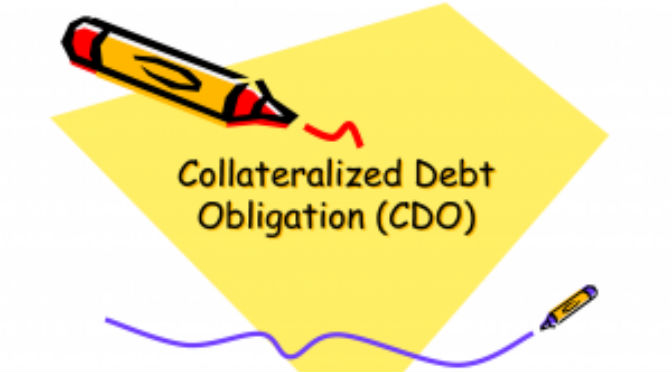 The financial market has become an increasingly diverse and volatile environment in recent times, thanks primarily to the popularization of various derivative products that require investors to undertake detailed research and an ongoing education. Take Collateralized Debt Obligations (CDOs), for example, which were first created in 1987 before emerging as a leading force in the derivatives market by the turn of the century.

CDOs represent a complex and integrated structure, which is driven by a wide portfolio of assets. These include a number of individual derivatives, with CDS and mortgage backed bonds the two most prominent. They may also feature loans, asset backed securities, scrutinized receivables and even tranches of alternative CDOs. They are notoriously difficult to understand, as the underlying value of any given derivative is determined by alternative assets.

The Problem with CDO’s: Issues with Clarity and Marketing

While CDOs are undoubtedly unique financial products, their complexity and variable degrees of risk have triggered significant issues within the market. They contain an amalgamation of alternative types of debt, each of which carries its own inherent level of risk and maturity. So, although higher risk CDOs have the potential to deliver greater returns, these products are so varied and complicated that only the most experienced financial experts are able to fully comprehend them. Herein lies one of the most significant problems with CDOs, as their lack of clarity masks the true nature of the investment.

To begin with, CDOs do not represent tangible products or wealth. Instead they are constructs, and given the fundamental nature of derivative products they can arguably be classified as constructs that are built on a series of individual constructs. This not only causes a great deal of confusion for investors who are looking to calculate an estimated return, but it also offers an insight into the erroneous way that CDOs were marketed by investment banks and government bodies. Presented as a simple collection of assets managed within a corporate structure, the aspects of risk and reward were given clear boundaries and definition.

In reality, however, the potential returns of a CDO cannot be so easily defined. This is because the determining factors are not the underlying instruments such as mortgage backed bonds or secured assets, but rather the complex algorithms and metrics of traders. These mathematic calculations were used to determine each investor’s individual return, and manage the process of distributing the accrued cash flows. Such an inherent lack of understanding was pivotal to the problems surrounding CDOs and more specifically the impact that they would have in the financial market.

The Future of CDOs and their Viability as an Investment Opportunity

Even today, the fallout from the financial crisis and the impact of CDOs remains pronounced. CDOs are undoubtedly a flawed investment model, primarily because their greatest strength is also a significant weakness. Without tangible assets or instruments to support them, they are high risk investments that ultimately create a tremendous amount of risk in the financial market. They are also extremely complex, and when poorly marketed they can entice inexperienced investors who are unable to fully comprehend their commitment.

So while there remains debate as to whether CDOs reflect an example of financial market greed or simple naivety, the detrimental impact that they have had on the global economy cannot be denied.