Moving abroad from the UK – Bahrain

It’s always a good idea to get out of your comfort zone from time to time. In some cases, that means doing something drastically different, such as moving to a foreign country.

We have recently posted about moving abroad in a series of articles as following:

However, for reasons you’ll learn about below, many expatriates are also deciding to move to Bahrain. 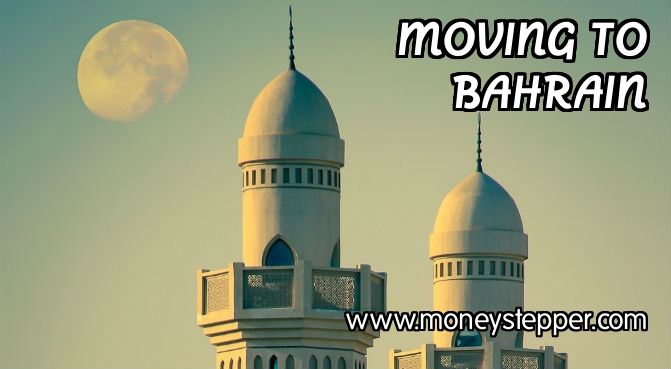 For starters, Bahrain is very prosperous, and that prosperity is not solely dependent on its oil reserves. In fact, as early as the 1970s, the country began attracting major financial institutions. Since many of the leading banks around the world have established branches there, expatriates can usually depend on being able to use major credit cards without problems.

To be employed as a candidate who originated from an overseas country, you must be someone who has skills that are in demand. One perpetually popular industry is IT and technology. People with sales and marketing experience are also very valuable to Bahrain’s economy.

As we noted in our previous article about Dubai, Bahrain is an economic free zone, which means residents don’t pay income taxes. In addition, there’s no sales tax on purchases. In view of this, people commonly flock to Bahrain even if they’re just visiting because they know it will be less expensive to buy anything from clothing to jewellery.

After you have been offered a job by an employer, the latter will take responsibility for getting your residence visa. Once you have that, you can open a bank account, get a license to drive a car and receive health insurance. In other words, your employer acts as a sponsor. Another benefit of uprooting your life to work in Bahrain is that the benefits packages for employees there are considered by some to be among the best in the world.

In addition to boasting a great work environment, Bahrain has a bustling social scene. However, people from the Western world in particular might have to get used to the idea that alcohol is very restricted in the country. Generally, only hotels are permitted to offer alcohol to patrons. Despite that, many social clubs offer other diversions, including refreshing swimming pools, opportunities for fishing and even horseback riding.

Perhaps the main reason why people move to Bahrain is because it offers reasonable chances to make decent amounts of money doing a type of work that requires specific skills you already possess. Of course, there’s a lot of forethought required before doing something as major as moving abroad, but for the reasons you just learned about and many others, expatriates are frequently deciding Bahrain is a destination of choice.