UK financial data – How have the past 25 years treated you? Part II

In this article, we will perform the same analysis for the following groups:

If you have any ideas of other “groups” which we should be ranking, please let us know and we will edit these posts, or alternatively add another part III. 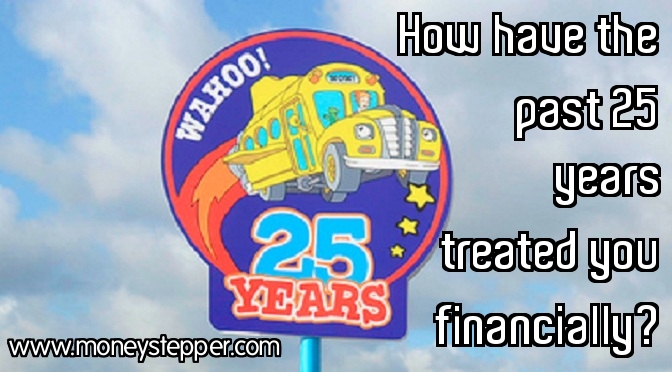 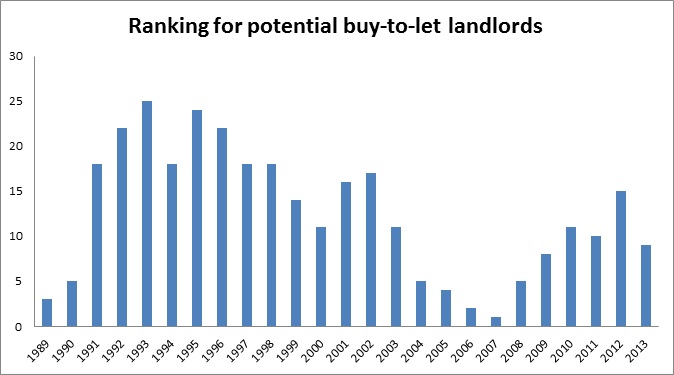 The best of times: If you are looking to get into buy-to-let, the best time to do so from this analysis was throughout the 90s.

The price to salary ratio for property averaged 4.4 times during the 90s (compared to 7.2 in the 00s), so first time investors with the average salary could more easily purchase a buy-to-let property. Whilst interest rates were a little higher in the 90s, the gross yields available more than made up for it. In the 90s the average simple rental yield (annual rentals / property price) was 9.0%. This compares to 5.4% in the 00s.

The worst of times: The years leading up to the 2007 crash was ironically the worst time to obtain a buy-to-let property. I say ironically, as this is the time where the popularity of buy-to-let soared. People saw rising price, thought that capital yields were so great that they could ignore rental yields, and then quickly found themselves in a pretty tough place.

Conclusion: The property price boom in the mid 00s meant that it became harder for potential property owners. Soaring prices exceeded increases in rentals and mortgage rates remained high. However, this has improved for potential landlords in the past few years. No growth in house prices in the past 5 years, but increasing yields and falling mortgage rates have made the buy-to-let market attainable and appealing for the average salary earner. 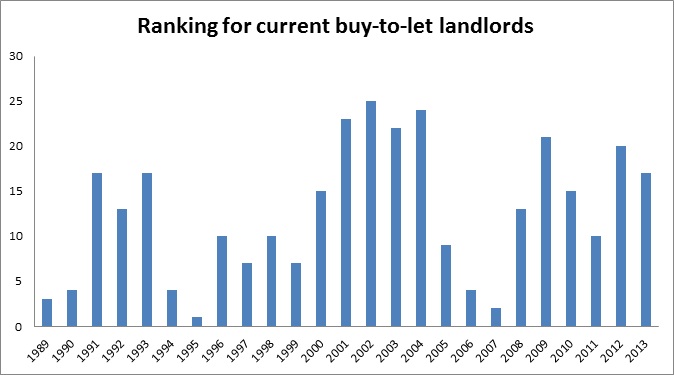 The best of times: This differs slightly from the potential buy-to-let landlords investigated above. The 90s were not quite so good for current buy-to-let landlords, but the early 00s produced great results. Between 2001 and 2004, property prices increased by an average of 17% per year, moving property prices up by 87% in four years! During this time, mortgage interest rates were low, averaging only 4.1%. This meant that buy-to-let landlords also have a good cashflow if they were leveraging on their properties (which the majority are). Finally, in the same period, rentals increased by 7% each year, meaning improved income on the properties.

The worst of times: The past 25 years have generally been kind to buy-to-let investors. However, there have been some blip years (or periods of two or three years). The toughest were in 1995 (-2.3% house price movement; 7.5% interest rates; only 2% increase in rentals) and 2007 (6.9% house price movement; 6.4% interest rates; but a monumental 10% fall in rentals). 2008 was considered by many to be a dreadful year. However, for long term buy-to-let investors who had appropriate cash coverage and a plan to invest for the long-term did not suffer. House prices fell by 14.7%, but this would not actually impact the owner if they didn’t need to sell, but mortgage rates fell from 7.3% in 2006 to 4.4% in 2008 (so debt repayments became cheaper) and rental yields increased 8% in 2008.

Conclusion: The last 5-6 years have been reasonable for buy-to-let landlords. Whilst house prices have only risen by 1.9% per year, and rental yields increasing by 3% (not greatly exceeding inflation), landlords have been able to profit from historically low mortgage interest rates and will have enjoyed the predictability and lack of volatility in the markets. 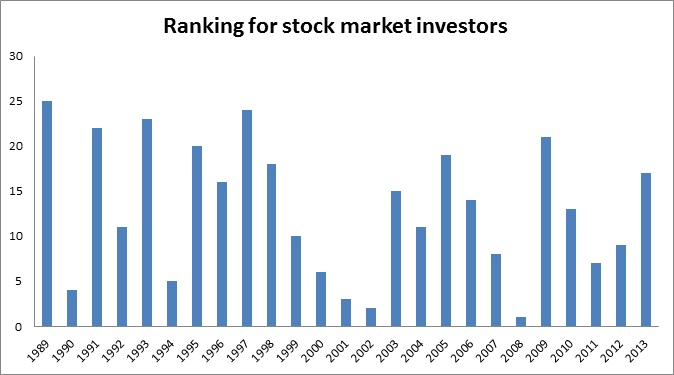 The best of times: The FTSE 100, not including dividends, have averaged 6.4% over the past 25 years. With dividends, this is over 10%, which is generally “good times”!

The worst of times: Equally, there have been some pretty rough years for investors. Investors suffered a 30.9% fall in 2008. However, it is worth noting that the annual returns in 2009 and 2010 cancelled out this fall in under two years. A tougher time was the period between 2000 and 2002, with the markets falling on average 14.9% for each of the three years between. If we had invested £1000 in 2000, it would only be worth £610 three years later. So dramatic was this fall that it has taken until 2013 for this investor to build their capital back above the original investment amount. However, it is once again important to note that this excludes dividends.

Conclusion: The stock market has been on a bit of a run in the past couple of years (5.8% growth in 2012, 14.7% in 2013). However, a lot of this has been making up for lost time and the FTSE 100 is (at time of writing in May 2014) still just below the peak price noted on 30/12/1999 of 6930. The key point to note here is the volatility. A long term average of over 10% including dividends is one the best returns possible for passive investment, but be sure that you are investing your money over the long-term. For more detail, check out our previous post “what should I invest in: property, shares or cash”. 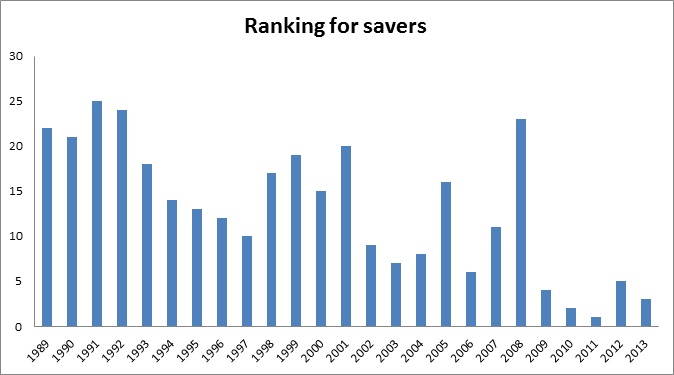 The best of times: I’ll keep this short. The highest savings rates were in the early 90s, averaging over 10% between 1989 and 1993. Average inflation in this period was 5.2%, giving a 4.8% average cash savings rate after inflation.

The worst of times: The past few years have not provided great returns. The savings rate after inflation for the past five years has been -0.5%. Yes, that’s right: savers who have kept their money in cash in the last five years have actually lost money in real terms over this period. Forget what the old finance books said that you learned at school, cash is not a safe store of cash.

Conclusion: The conclusion of this section should be “who cares”! People seem to get very upset about interest rates on savings accounts. However, for anyone looking to build long term wealth, this should be entirely irrelevant. The only reason to hold cash is to avoid short term volatility in other investments if you need access to your money. Otherwise, your money should be invested in longer-term investments. If you have any money in cash beyond your emergency fund or savings for an investment (property purchase for example) in the next 3 years, please read the following post and watch this video: What should I invest in?

There have been ups and downs for all groups. It will happen. And, it doesn’t always happen at the same time. One year could be great for stock market investors, but terrible for buy-to-let landlords for example. That is what investing is all about.

However, if you remember the basic principles of investment you don’t need to worry about this at all:

As ever, please let me know what you think of this analysis. Are there any other major financial “groups” that I’m missing?