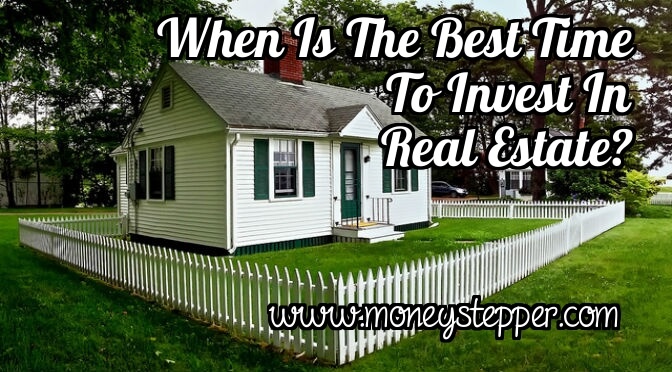 When is the best time of year to invest in Real Estate? Buying property is all about timing if you want to secure a bargain when looking to buy a new home or upgrading to a bigger home.

Looking at historical data indicates that there are traditionally there are a couple of quiet months in the year, when there are less properties being sold nationally. It is during this slow period that buyers have more bargaining power because there are fewer buyers in the market overall. If a seller is looking for a quick sale, you can benefit from having more bargaining power during these periods.

When is the best time of year to invest in Real Estate? December and January are traditionally the slowest months because sellers are more concerned with Christmas and buyers are finding it too cold to go and house hunt. September is another slow month because people are on their holidays. This pattern is confirmed by sales data in the Land Registry and the Bank of England’s mortgage data.

Data also confirms the demand for property falls from its peak by the end of July. As demand falls so too does asking prices in some key areas. The Land Registry data show that the number of properties sold in England and Wales in September fell to 73,500, down from 85,500 in August in 2014. Land Registry data for November indicates that average prices in England and Wales fell by 0.1pc in the month to £176,500.

The West Midlands had the biggest monthly growth with prices 1.7pc higher, followed by London Boroughs with 1.2pc growth and the South Eastern England with 0.3pc. Prices remained the same in some areas like: the East Midlands and the North Eastern England, while in the East and Yorkshire including the Humber prices dropped by 1.4pc and 1pc.

This concurs with data collected by other agencies such as The Banker’s Association who concluded that mortgage approvals for home purchases dropped in November for the fifth month in a row to a year and a half low of 36,717.The Royal Institution of Chartered Surveyor’s confirms a drop in inquiries in November and a fourth successive drop in house sales.

So when is the best time of year to invest in Real Estate? Well, if you combine the slow periods described above with historically low mortgage rates, this is looking like a great time to buy a property.

When is the best time of year to invest in Real Estate? Now could be a good time but one needs to keep an eye on government changes in policy such as a hike in stamp duty or a rise in interest rates. There are changes afoot with stamp duty which will affect properties in the top of the market. There will be winners too, as most buyers will benefit from the stamp duty changes at the lower ends of the housing market.

There is increasing uncertainty about interest rates, which have been historically low for years. This could soon change as the economy picks up. Many expected an interest rate change later this year (2015), however, with poor economic figures coming out of China an interest rate hike may be delayed by several months.

When a change in the interest rates does happen, it will make quite a difference to the average mortgage repayment. Prestige International UK is predicting that the first interest rate change will not come until 2016 at the earliest.