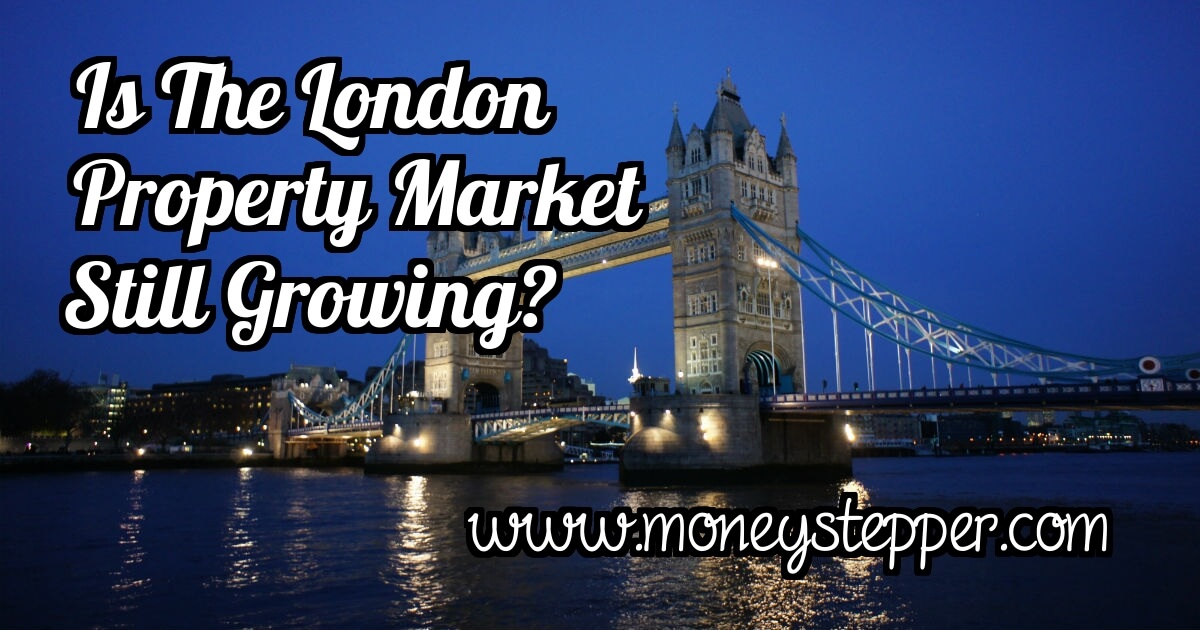 For the past few years since the property market crash in 2008, property prices in London have been increasing more rapidly than the rest of the UK.

In our property market predictions in 2014 for the Property Hub we estimated that prices would increase in the UK, but there would be a noticeable slowdown in the London area.

My prediction for the London Property Market in 2014 was:

“London may be a different story. Prices in the past couple of years have actually increased at a rate higher than those which caused the 2008 crash – unsustainable levels of growth some may argue. So, I predict that whilst there will still be above inflation growth in London for 2014, it will be lower growth than for the rest of the UK”

And this is a trend we’ve seen for a number of years, and has carried on so far in 2015.

From the Nationwide House Price Index data, the growth in the UK housing market since 2009 can be split as follows: 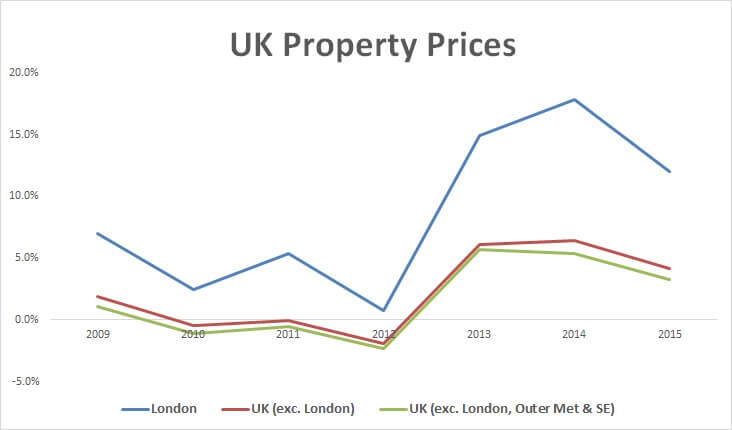 Whether you are an investor, landlord, home owner or perspective first time buyer, the question we need to try to determine is whether it will keep growing. This is obviously a MUCH more difficult question to answer. However, let’s try by looking at some historical data.

The Nationwide regional HPI data goes all the way back to 1973. I’ve searched through this data to try to determine other times in the past 40 years where the market has increased for 5-7 years in a row (or at least avoided any significant falls) and where London has exceeded the rest of the UK: 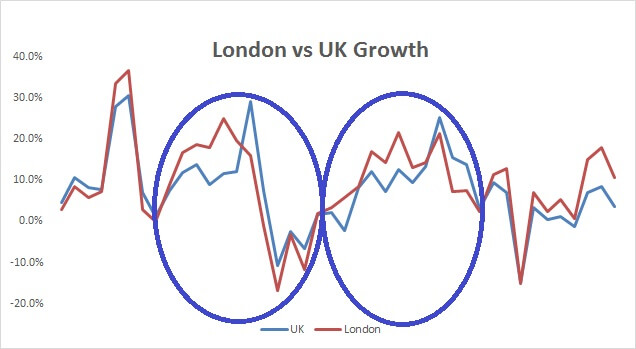 At first, the graph and data seem difficult to read. However, when we look at the trends, I noticed two distinct sections, which I’ve circled with blue above.

1988-1992: 5 years in a row of correction where London property market growth drags behind UK by a total of 33.6% points in that period

2002-2005: 4 years in a row of correction where London property market growth drags behind UK by a total of 19.3% points in that period

What Can This Tell Us About The Future?

Maybe, we are due another correction between London property market growth and the growth in the rest of the UK. The current period now looks:

This analysis of UK vs London doesn’t actually show any correlation to when the gaps between London and the rest of the UK open and close compared to how the market performs overall.

As you can see in that first blue circle, the closing of the gap happened with London tumbling harder than the rest of the UK.

However, in that second circle, the closing of the gap occurred whilst house price were surging in the rest of the UK, but growing less rapidly in London.

Therefore, we are not saying that the heated London market means that we are expecting a UK property crash, or even that prices will fall in the coming years in London. However, we do believe that our 2014 property prediction will come to fruition, it just might be a couple of years late!

The UK And London Are Both BIG Areas

You should also keep in mind that property markets are a VERY local thing. The mainstream media tends to look at housing market growth and falls on a national level. However, as we point out in many articles, the housing markets in London and other areas in the UK are like two completely different markets.

However, in reality, you can find two completely distinct housing markets with a couple of miles of each other. Therefore, when looking to buy or sell property, whatever your position, it is essential that you understand the data in your local area.

The easiest way to do this is to consult a very knowledgeable local estate agent that specializes primarily in the area which you are looking at. For example, if you are looking to buy in Clapham, then you should be speaking to reputable estate agents in Clapham to understand what property prices have done (and what they are likely to do) specifically in Clapham.

Based on the latest available data, it seems that the London Property market is still growing. However, given that we’ve now had 10 consecutive years where London growth has exceeded the rest of the UK, I would personally predict that we will witness a comeback from the rest of the UK in the coming few years. However, if you want to know what the data in your local area is showing, then you should speak to professionals in your area.