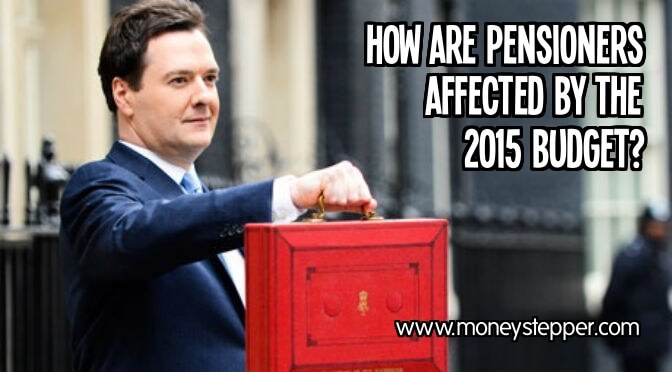 More changes have been announced in this week’s Budget speech that will affect pensioners across the UK. On Wednesday 18th March, Chancellor of the Exchequer George Osborne made his final budget speech before the 2015 General Election.

At last year’s Budget announcement, the Chancellor announced huge reforms to the pensions market, with all restrictions being lifted on the way retirees access their pension savings. Unrestricted and flexible income drawdown becomes available to all retirees from 6 April 2015, in a move that many over the past 12 months have labelled a “death blow” to annuities.

This year, Osborne confirmed extensions to the reforms, particularly for those who are already locked into annuity contracts and were aggrieved at missing out on the new pension freedoms. Today, our guest poster Ryan Smith takes a look at how are pensioners affected by the 2015 budget.

“For many an annuity is the right product, but for some it makes sense to access their annuity now”

This is one of the major changes announced this week that will impact retirees. Prior to the announcement, there was a 55% charge on anybody wishing to sell their annuity payments to a willing buyer. From April 2016, this charge will be abolished, with savers only being taxed at their marginal rate.

This extends the freedoms to around 5 million people who are written into an annuity contract: offering the opportunity to take the money as a lump sum, or invest for income drawdown.

As well as extensions to the pension freedoms set to come into place from next year, additional changes surrounding inheritance tax will come into effect in the coming 2015/2016 tax year.

However, with house prices rising, especially in London and the South East, the Conservatives have introduced an additional £175,000 nil tax band per person on a family home or other main residence, for inheritance by direct descendants.

By pairing this between a married couple to reach £350,000, and combining this with the current £650,000 allowance, a £1 million home can be passed onto a child, step child or adopted child without a huge IHT bill.

And now we move on to the negatives…

The government are to further reduce the Lifetime Allowance from £1.25 million to just £1 million. Despite saving around £600 million a year, and only affecting less than 4% of those approaching retirement, this is a huge blow to those who have saved for a secure financial future.

Aping the proposal set out by Labour’s Ed Balls, Osborne intends to use the additional capital saved to cut education costs, but at the expense of the highest savers and public sector workers, including doctors, dentists and civil servants, who will be penalised by this change.

Nigel Green, chief executive of the deVere Group believes this is a “slap in the face for those who have worked hard and saved hard… in order to be able to enjoy their desired retirement. It is nothing short of a dangerous cap on aspiration.”

With less than 50 days left before this year’s General Election, George Osborne has made some strong moves and some bold states about Britain’s financial future. We’ll find out whether the announcement has had an impact on the voting public in the next couple of months, and see just what effect the changes have on the UK economy in the years ahead.

This article is written by Ryan Smith, part of the content development team at My Retirement Options, guiding retirees through a changing pension market.