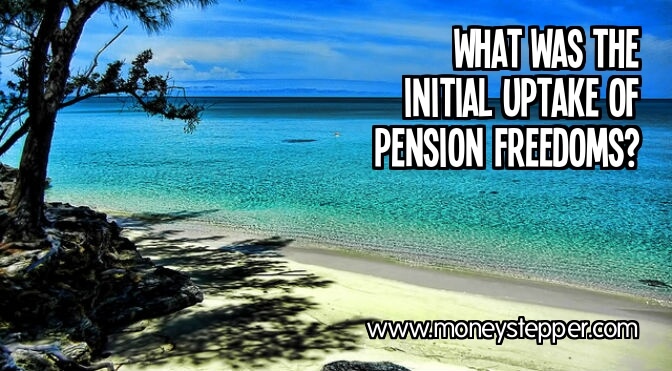 The day that many retirees (or retirees-to-be) have been waiting for finally arrived… and it coincided with a gloriously sunny Easter Bank Holiday.

Chancellor George Osborne’s 2014 Budget speech saw the announcement of sweeping reforms to the ways in which pensioners can access their private pension savings. In time for the 2015/2016 tax year, caps and restriction were to be lifted on pension funds, with retirees given the opportunity to access their whole pension pot as a lump sum if they wished.

The pension freedoms were met with mixed reactions. While many of those approaching retirement applauded the move, echoing George Osborne’s sentiment that they should be allowed to be responsible for their own income in retirement, many were not so celebratory of the changes.

Some of the reforms biggest detractors, seeing as the new reforms meant that no-one would be required to purchase an annuity as had previously been the case for many, were those who had previously been tied into annuity contracts with their pension providers. Reacting to this, Osborne announced plans in the 2015 budget to allow the second-hand sale of annuity income to be introduced from April 2016.

Also not enamoured with the reforms were the pension providers themselves, citing that no notice was given to them, causing a rush to ensure that new processes were in place for Spring 2015. When asked about the Conservative’s pension reforms, Labour party pensions spokesman Gregg McClymont welcomed the “flexibility” in the new system but voiced concerns the pensions industry was “finding it difficult to adapt so quickly to such a big change”.

You can read more on what the pension freedoms mean for you in our article on How Are Pensioners Affected By The 2015 Budget?

What are people asking about?

So as the brand new tax year rolled around on 6 April, along with the pension freedoms and warm weather across the UK, what exactly were those who did feel the need to enquire about the freedoms asking about?

While income drawdown is the hot-topic of conversation surrounding the pension freedoms, allowing you to manage your own income and effectively draw your pension fund down as and when you need it, many callers on Monday weren’t calling about withdrawing their whole funds.

Many income drawdown enquiries were about setting up long-term drawdown plans, showing that retirees are still thinking about their pension savings as a long-term investment, rather than just wanting to splash the cash. There were numerous calls enquiring about withdrawing their 25% tax-free allowance, possibly for those who want to invest in additional income streams such as a buy-to-let property, or simply want to enjoy a holiday or purchase a nice car with a chunk of their savings.

Even the much-maligned annuity received enquiries from callers, backing-up the fact that the products – which offers a guaranteed income from a pension fund, either for life or a guaranteed fixed-term – are still the best option for many retirees, particularly those who are rather risk averse and value a secure income throughout their retirement.

But there were some enquires about withdrawing pensions as a lump sum, but specifically for those with smaller pension funds, through the process of Trivial Commutation. Equitable Life had previously revealed that a massive 95 per cent of those covered by increased trivial commutation limits (3 pension funds of up to £10,000 value each) had sought to access their cash as a lump sum.

Despite the slow start – to be expected with the way the Easter Holiday has fallen – uptake is expected to increase over the coming weeks and months, with Prudential expecting a 50 per cent increase in call volume for April, then steadying to 30 per cent above average for the rest of the year.

This article was created with the help of Ryan Smith, part of the content development team at My Retirement Options, guiding retirees through a changing pension market.