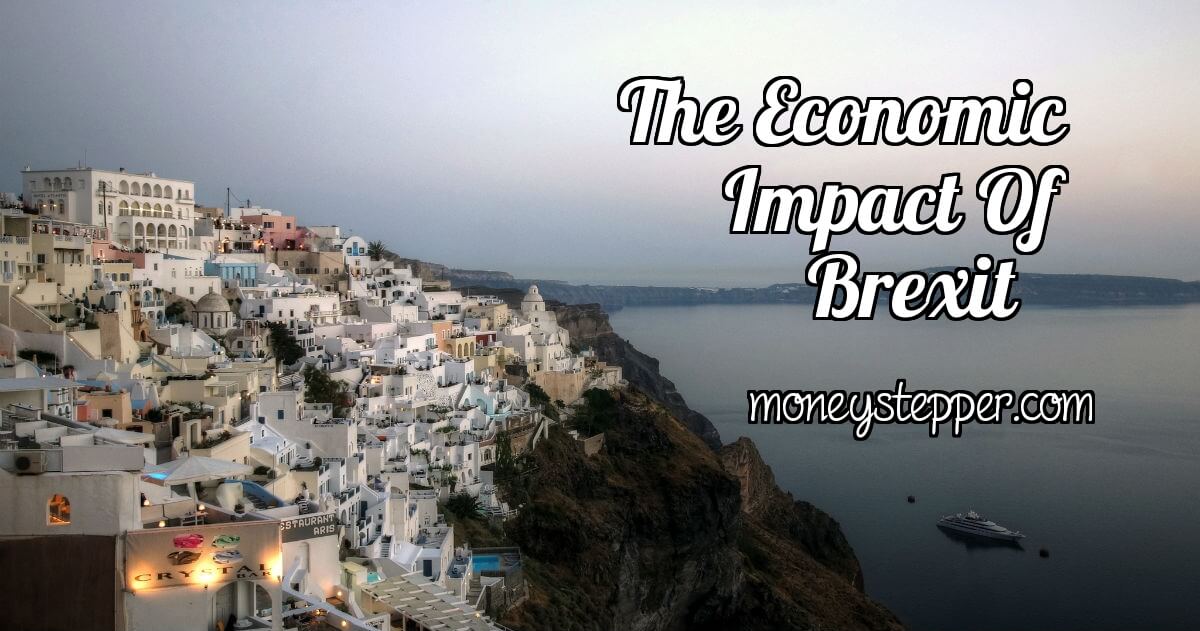 As the debate over leaving the EU rages on, we take a look at the pros and cons of the Brexit on the UK economy.

As we’ll read below in con #1, the majority of UK exports (just over 50% are made to EU countries). This could pose a problem if the UK loses access to the single market and are required to pay tariffs when exporting to the EU.

However, on the flip side of this argument, the UK also exports a little under 50% of its total exports outside of the EU. Currently, the UK is bound by EU trade deals with the countries. A Brexit, however, could allow the UK to broker its own trade deals with non-European Union countries and become more competitive than the rest of Europe in these exports.

In fact, if they wished, the UK could simply have a universal free trade policy, which would make it much easier for non-EU countries to trade with the UK.

The counter-argument to being able to negotiate new trade deals is that it then becomes more difficult to trade with EU member states. Whilst this is true, it is not realistic to say that EU countries will stop trading with the UK, and the phased nature of a likely Brexit would mean that there would be time to negotiate similar deals with existing EU countries outside of the current EU framework.

Also, given the potential of a returning “Eurozone Crisis”, many Brexit supporters suggest that the UK should distance themselves from the EU economically.

After migration (still to come), the Brexit supporters primary argument to leaving the EU usually comes with the potential savings of not contributing to the EU budget. They feel that it is unfair that the UK contribute more than they take back out financially from the EU, especially since the introduction of smaller Eastern European states into the EU in the past 10-15 years.

Whilst this argument is true on paper (the UK does contribute more than it “takes out”), Jon Holmes raises an excellent point on Radio 4 comedy a few weeks back: “If every country took at more than they contributed, it wouldn’t be an economic union, it would be a ponzi scheme”).

It is estimated that the British government could save about £10bn per year on contributions made to the EU budget under a Brexit scenario. With net borrowing currently standing at £70bn per annum, this would certainly help the Chancellor of the Exchequer (currently Mr Osborne) push towards his targets of creating a net annual surplus at UK PLC.

It is worth noting that this estimated saving would be instantly negated with some small changes to the assumptions regarding migration and the overall economic disruption that the Brexit event were to cause.

For those in favour of Brexit, this seems to be one of the more emotive factors.

However, this is partly due to the fact that more countries (especially those from Eastern Europe) have joined the EU since 2003. In 2005, for example, there were around 100,000 net migrants from inside the EU and around 250,000 from outside the EU. In 2015, those figures were 180,000 and 190,000 respectively, which shows only a small overall increase in net migration.

But, how does this immigration impact the UK economy?

The majority of migrants enter the UK from the EU with the primary objective of finding work. This is estimated to boost the workforce by around 0.5% per annum.

The argument for those supporting a Brexit is that the UK could follow the lead of other countries such as Australia and have a skilled-based migration policy. This, in theory, would ensure that migrants entering the UK (from the EU or elsewhere) could only do so if they were sufficiently qualified and had employment pre-agreed before entering the country.

Whilst this seems like it may help the economy on paper, the reality may not be so clear. Firstly, there are huge question marks over the UK’s ability to control migration from the EU if they still want access at some level to the single market.

Additionally, we need to think about net migration and it would seem likely that less people would leave the country if they were worried about being able to return. So, whilst immigration would fall, so would emigration, leading to little or no impact on net migration.

Finally, a lot of UK industry may actually struggle. Whilst some Brexit supporters bemoan migrants “stealing their jobs”, migration is often key for employers who require relatively unskilled labour and hence pay low wages, with sectors such as agriculture suffering the most.

The loss of access to the “single market” and the related export numbers is rightly one of the largest concerns of those who wish to stay in the EU.

If the UK were to fall outside of the single market as a result of the Brexit, they would no longer be able to export goods & services freely, but instead would be subject to the same tariff that the European Union charges other non-member countries (around 4%).

Whilst this figure is not monumental, it does make products from the UK more expensive for EU countries to purchase and, when combined with fluctuating or unfavourable exchange rates, it could push down export figures and damage sectors of the UK economy.

To put exports to the EU in context, over 50% of goods and services exported from the UK are done so to the EU. Therefore, whilst these changes may be small in percentage terms, they may be noticeable and damaging in the Brexit scenario.

Con #2: Drop in investment (especially in “The City”)

One of the groups of people who are almost 100% against leaving the EU are those who work in financial services, commonly known as “The City”). This sector is one of the largest exporters from the UK, with a whopping net exports of over £16 billion per annum. Therefore, any change to this sector could have a significant impact on the UK economy as a whole.

If this right was removed as a result of the Brexit (which is a significant risk), it may lead reduce the amount that UK firms can sell into the EU, but more significantly perhaps for the UK economy, it might lead to a number of non-EU (specifically US) financial services firms moving their “European HQ” away from London.

This is already evident as talk of Brexit (and any evidence that support for a Brexit is increasing) leads to a fall in Sterling.

And, one of the largest areas of foreign investment in recent years has been into the UK property market, which brings us nicely onto con #3…

A Brexit would undeniably have an impact on the UK property market (both commercial and residential). By value, overseas buyers have accounted for over half of all UK commercial property purchases in the past 2 years.

The potential impact on the UK property market could particularly be an issue in London and the South-East. Those who are against a Brexit suggest that the fallout from the reduction in the City outlined in Con #2 would have an immediate knock-on effect of institutions relocating out of London and vacancy (particularly in commercial properties) soaring.

However, many supporters of a Brexit might argue that this would be a welcome consequence. Property prices (both commercial and residential) have soared since the 2008 financial crisis, with prices in London exceeding those in other areas of the UK, and exceeding increases in almost every other major city in the world. Maybe the Brexit putting the brakes on London’s property market isn’t a con after all…

For more analysis on the economic impact of the Brexit, I would recommend the Ebury Blog, which has daily updates on the potential impact of Britain leaving the EU.